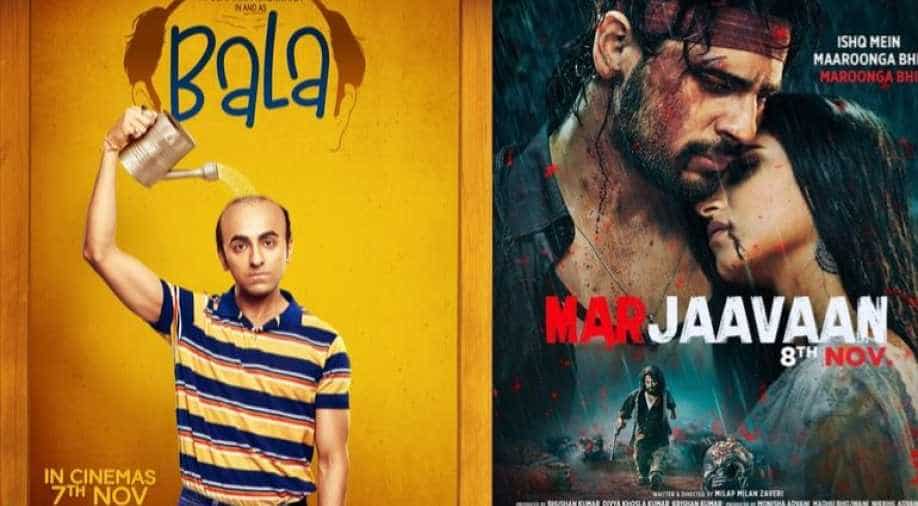 'Marjaavaan' which was earlier slated to hit the screens on November 8 will now release on November 15.

'Marjaavaan' which was earlier slated to hit the screens on November 8 will now release on November 15. Film critic and trade analyst Taran Adarsh shared the news on his Twitter handle.

Bhushan Kumar shifts release date of #Marjaavaan... Reason: Dinesh Vijan's #Bala is scheduled for release on 8 Nov 2019... Since Bhushan and Dinesh have collaborated on several movies and share a great rapport, #Marjaavaan will now release one week later: 15 Nov 2019.

Apart from Ayushmann Khurrana, 'Bala' also stars Bhumi Pednekar who will portray the role of a dusky small-town girl at odds with a society that is obsessed with fair skin. Watch 'Bala' trailer here.

The movie also features Yami Gautam, whose role is yet to be revealed. Ayushmann and Bhumi have earlier worked in blockbusters like 'Dum Laga Ke Haisha' and 'Shubh Mangal Saavdhan'. The upcoming film marks their third collaboration together.

While 'Marjaavaan', which is a sequel of crime-thriller 'Ek Villain' also features Riteish Deshmukh and Rakul Preet Singh. It is bankrolled by Bhushan, Divya Khosla Kumar, and Krishan Kumar along with Monisha Advani, Madhu Bhojwani and Nikhil Advani.