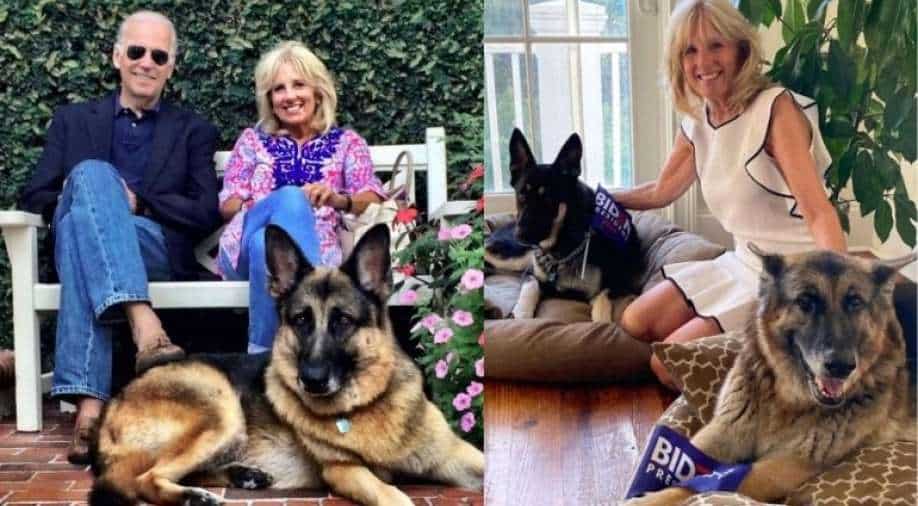 Joe Biden will continue the tradition of having pets inside the White House. The arrival of the Bidens and their dogs Major and Champ at the White House this week will mark the return of a longstanding tradition - four-legged furry friends have always been a part of the 18-acre estate that is home to the US president.

Outgoing President Donald Trump was the first president since Andrew Johnson in the 1860s not to share the presidential digs with a dog or a cat - or even a raccoon, like the one kept by Calvin Coolidge in the 1920s.

"From shelter pup at the Delaware Humane Association to First Dog at the White House, Major Biden is barking proof that every dog can live the American dream," said the group, which hosted an online 'indoguration' fundraiser on January 17 to celebrate Major`s move into the White House on January 20.

Former President Barack Obama was dog-less while campaigning, but promised his daughters Sasha and Malia a puppy during his acceptance speech after winning the 2008 election. The Obamas eventually had a portugues Water Dog called Bo who was gifted to the family by the late Senator Ted Kennedy.

The Obamas adopted a second dog of the same breed, Sunny, in 2013, according to the Presidential Pet Museum.

The 'first pets' of America enjoy perks as well. Like George W Bush`s Scottish Terrier, Barney, flew on Air Force One and starred in `Barney Cam` videos to celebrate the holiday season. "He never discussed politics and was always a faithful friend," Bush said when Barney died in 2013.

The Clintons` Chocolate Labrador Retriever, Buddy, joined cat Socks at the White House; while George HW Bush and family had several dogs in the White House, including Millie, the star of a children`s book written by Bush`s wife Barbara.
About 67% of all U.S. homes had a pet in 2019, up from 56% three decades ago, the American Pet Products Association reported last year.

And the pandemic has given pet ownership a further boost. Animal shelter adoptions jumped about 15% as people turned to furry friends to help them cope with the isolation from lockdown orders.

From religious services to a musical night: A comprehensive guide to the Joe Biden's inauguration day

Biden`s wife Jill has hinted that maybe they will also host a cat in the near future.

Interestingly, the Naval Observatory, which is the home of the vice president, will be saying goodbye to four pets.

Vice President Mike Pence and his family had a cat named Hazel, a dog named Harley, a snake named Sapphira, and a bunny named Marlon Bundo. Vice President-elect Kamala Harris and her husband don`t own pets.