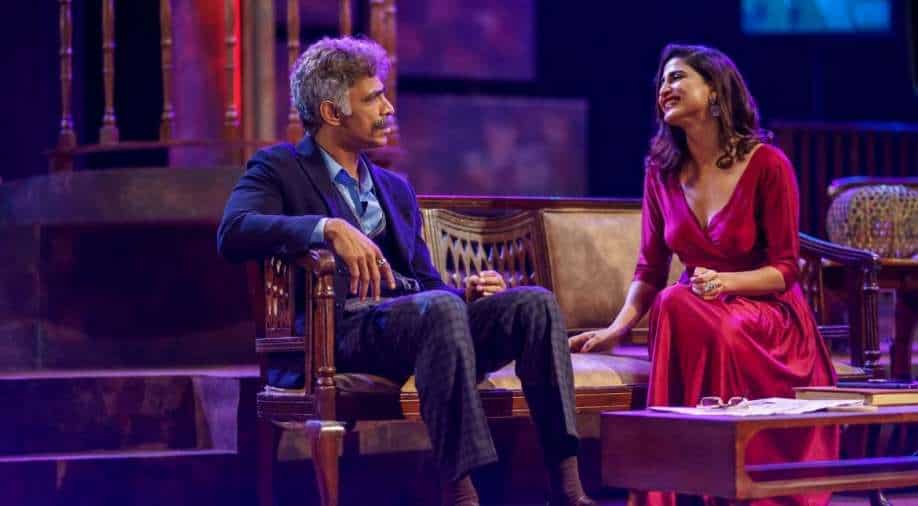 ‘Sir Sir Sarla’ explores the story of Professor Palekar and his student Sarla – the pretty, innocent young girl who seems smitten by her mentor – and Phanidhar who shares a love-hate relationship with the professor.

For actor Aahana Kumra, shooting for Zee Theatre’s ‘Sir Sir Sarla’ was an immensely rewarding experience. She says, “The wonderful thing is that during the shoot, I did not lose the flow that I experience on stage while performing the play live. Thankfully the director just let us be and didn’t ask us to give multiple retakes.  The whole experience turned out to be absolutely enjoyable.”

The teleplay is available on Dish TV D2H Rangmanch Active.

Aahana attended the first screening of the play at writer, director and actor Makarand Deshpande’s house and says, “Spending time at Mac sir’s place was a really nice way to relive the shoot especially because we have not been able to perform ‘Sir Sir Sarla’ on stage for a live audience due to the pandemic.”

‘Sir Sir Sarla’ explores the story of Professor Palekar and his student Sarla – the pretty, innocent young girl who seems smitten by her mentor – and Phanidhar who shares a love-hate relationship with the professor. The play dwells upon the bond between the students and their professor, which faces many vicissitudes. Secrets are revealed, accusations are hurled, and the three lives remain interwoven for many years to come.

The narrative is very unique and also relatable, says Aahana and adds, “Even though we were travelling extensively with the play before the pandemic, it took me a long time to understand Sarla. Then in cities like Lucknow and Bareilly, I actually met people who were like Keshav and Sarla. They would come to meet me after the show and say, “This is our story!” This was such a revelation and as an artist, I began to feel an added responsibility to portray Sarla in a real and organic way because so many women saw themselves in her.”

With time and experience, the play’s theme began to make more and more sense to her. As she says, “In a world full of hate and anxiety, this play is like a breath of fresh air. It really transports you to a place replete with love and nostalgia.”

‘Sir Sir Sarla’ is written and stage directed by Makarand Deshpande, and stars him along with Aahana Kumra, Sanjay Dadhich and Anjum Sharma. It's filming director is Suman Mukhopadhyay.