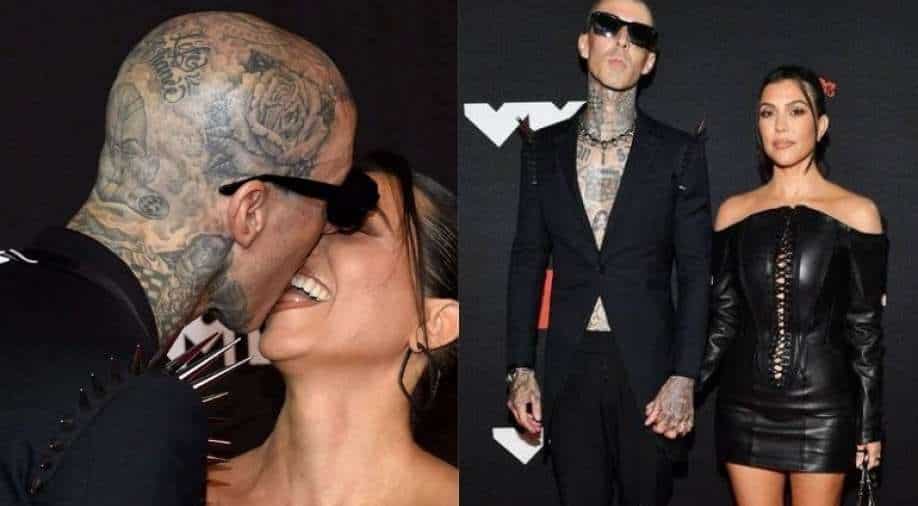 According to reports, Kourtney Kardashian and Travis Barker eloped at a Las Vegas chapel hours after attending the 64th annual Grammy Awards together.

Kourtney Kardashian and Travis Barker have tied the knot. According to reports, the two eloped at a Las Vegas chapel hours after attending the 64th annual Grammy Awards together.

According to a report in TMZ, the reality TV star and the drummer did not allow the venue to take pictures and had their own photographers and security instead to document their day.

The couple reportedly asked for an Elvis Presley impersonator to officiate the ceremony.

The couple though will have another elaborate wedding ceremony and several other celebrations with 'lots of fanfare', sources claimed.

In pics: Kourtney Kardashian and Travis Barker are engaged! A look at their wild relationship

Barker popped the question to Kardashian in an elaborate set-up on the beach in October 2021 after dating for 9 months.

Since then the couple has been packing on a lot of PDA at every public appearance they've made together, proving how madly in love the two are.

This is Kardashian's first marriage. She shares three children with her ex-boyfriend Scott Disick. Barker, meanwhile, has been married twice before. To Melissa Kennedy from 2001 to 2002 and Shanna Moakler from 2004 to 2008. He shares son Landon, 18, and daughter Alabama, 16, with Moakler.