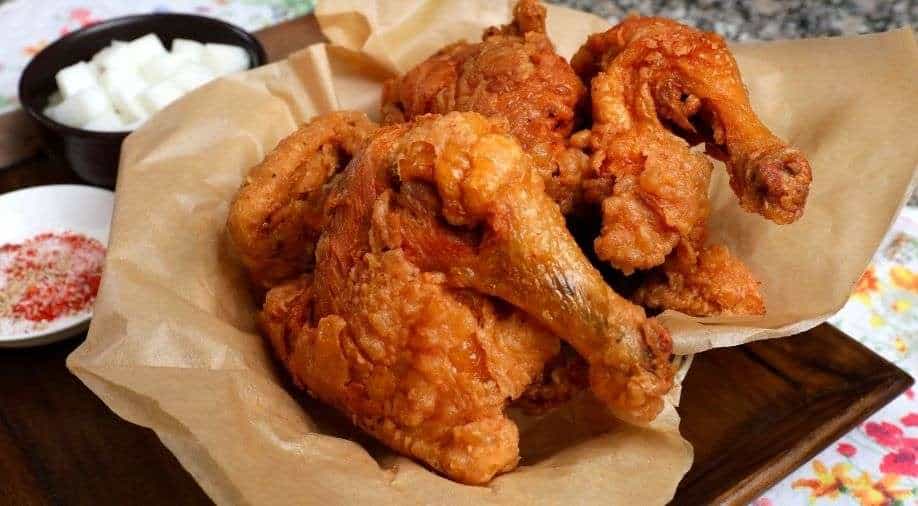 As per Koreans, kimchi is the dish that most (99.7 per cent) consider Korean, followed by doenjang-jjigae, buchimgae, savoury pancakes, japchae and others.

Around the globe, there is a craze for Korean food among people and most importantly when it comes to their variety of sauces, dips and their drool-worthy delicacies, which always rules the internet.

There are varieties of K-cousins that have won millions of hearts, but among them, Korean styled fried chicken took the top spot. In the survey conducted last year, 8,500 people in 17 cities around the world were asked to name their favourite Korean dish. Fried chicken topped the list, with 16.1 per cent of votes and even it's the Korean dish that they eat most frequently, followed by kimchi and bibimbap (a Korean mixed rice bowl).

But, what if we tell you that fried chicken is not Korean food.

As per the recent polls, Korean-style fried chicken is the most favourite Korean food of people around the world, but half of Koreans surveyed in another poll do not think it belongs in that category.

A survey of 1,500 Korean nationals by the Korean Food Promotion Institute shows that 63.9 per cent believe that regular fried chicken is not Korean food, while 45.1 per cent say that neither is marinated fried chicken.

As per Koreans, kimchi is the dish that most (99.7 per cent) consider Korean, followed by doenjang-jjigae, buchimgae, savoury pancakes, japchae and others.

Kimchi is a traditional Korean side dish normally made of fermented cabbage, salt and hot peppers.

When asked whether the fried chicken is a Korean dish, Joo Young-ha, a professor of Folklore Studies at the Academy of Korean Studies, said that it should be considered a K-food, adding that this category includes not only dishes that Koreans traditionally think of as Korean, but also dishes served in Korean restaurants or those produced by Korean food factories.

Further, he pointed out that foreign nationals living overseas often come to be interested in K-foods such as samgyeopsal (grilled pork belly), soju, tteokbokki (stir-fried rice cakes) and pajeon (scallion pancake) after seeing those dishes in Korean dramas.