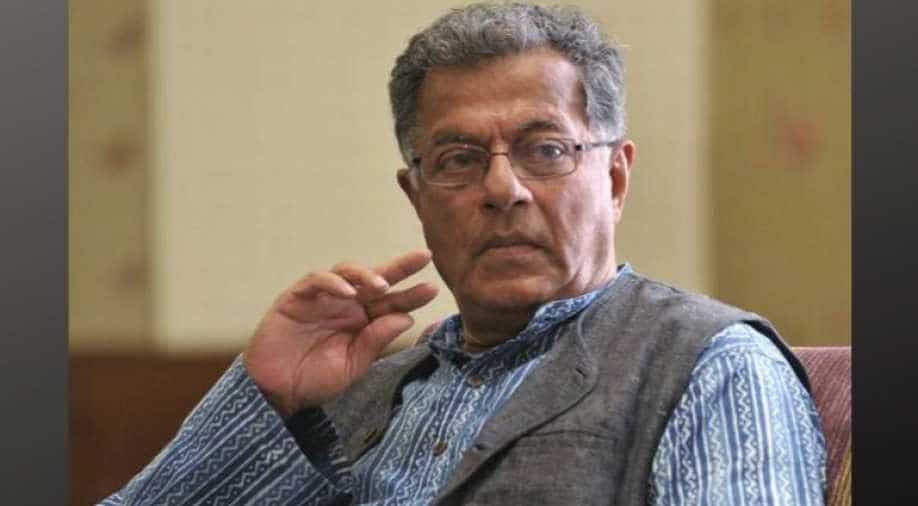 The veteran playwright and actor was honoured with the 1998 Jnanpith Award, the highest literary honour conferred in India.

Veteran actor Girish Karnad is dead. The thespian, credited for numerous iconic plays and cinema breathed his last on Monday morning. Reports suggest he died due to multiple organ failure. He was 81.

"Karnad died at home in Bengaluru at around 8:30 am due to age-related symptoms," an official in the Karnataka Chief Minister`s office said to a news agency.

The veteran playwright and actor was honoured with the 1998 Jnanpith Award, the highest literary honour conferred in India. Karnad was also credited for revolutionising Malayalam theatre with his coming of age, modern writing. Also see: PM Modi, Kamal Haasan and others pay rich tributes to the legend

A Rhodes scholar who did his masters in Philosophy and economics at Oxford University, Karnad worked with Oxford University Press in the initial part of his career. He was involved in amateur theatre since the beginning. In pics: Life and times of the actor-playwright Girish Karnad

In his illustrious career, Karnad also served as the director of the Film and Television Institute of India (1974–1975) and chairman of the Sangeet Natak Akademi, the National Academy of the Performing Arts (1988–93).

He has also starred in iconic films like 'Samskara', 'Nishant', 'Manthan', and 'Swami' to name a few. In Bollywood, he was last seen in Ali Abbas Zafar's  2017 film 'Tiger Zinda Hai' where he played the RAW chief Dr Shenoy. Karnad also appeared in popular TV show 'Malgudi Days' and he even directed several feature films like 'Ondanondu Kaladalli', ' Woh Ghar', 'Utsav' and 'Godhuli'.