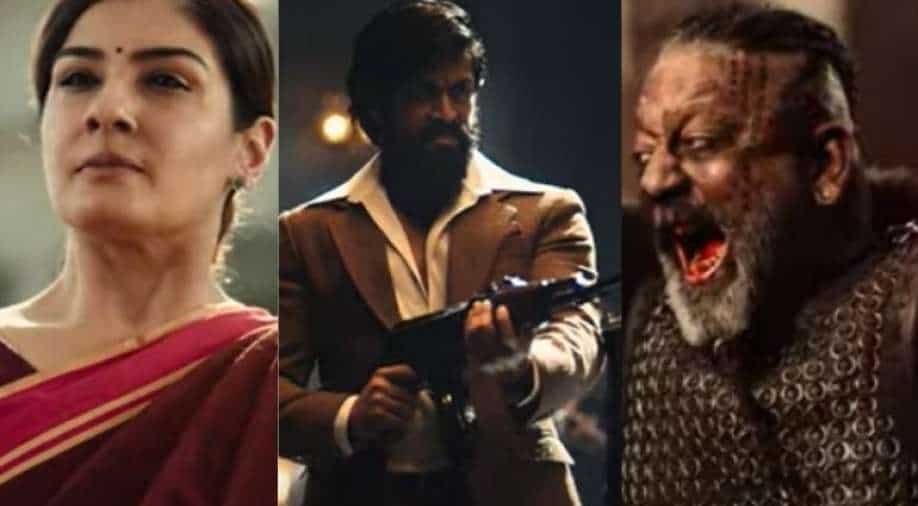 'KGF' will release nationwide on April 14, 2022, in Kannada, Telugu, Hindi, Tamil and Malayalam

The much-awaited trailer of Yash starrer 'KGF Chapter 2' has just dropped and we can't get enough of the action-packed sequences.

A sequel to the blockbuster KGF (Kolar Gold Fields) Chapter 1 is all about a rough face-off between Rocky Bhai and Adheera.

The video later shows the dark sequences as Yash’s business is threatened once again.  After the death of Garuda, Adheera played by Sanjay Dutt is in the frame and is all set to take everything back. Yash, however, who has promised all the gold in the world to his mom, is in no mood for violence, but he has to do it looking at the situation and will fight for all of it.

The visuals are impressive, with lots of bombarding, peppy soundtrack and outstanding performances. With the addition of Sanjay Dutt and Raveena Tandon to the outstanding cast looks like, Chapter 2 will surely surpass earlier records scored by KGF 1.

The movie will release nationwide on April 14, 2022, in Kannada, Telugu, Hindi, Tamil and Malayalam, and is written and directed by Prashanth Neel.
The film which was released in 2018, had won two National Awards in 2019 for Best Action and Best Special Effects.