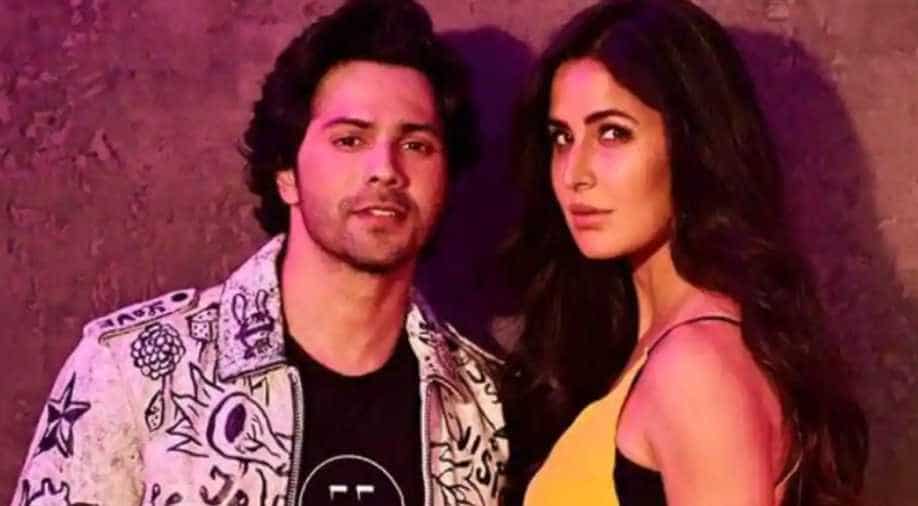 Karan Johar’s Koffee With Karan will next have an unusual pair Katrina Kaif and Varun Dhawan on the couch, possibly taking a cue from their pairing in their next film together. In videos released from the next episode’s preview, it is quite visible that Varun and Katrina have a lot of fun as Karan fires them with questions, prodding them with questions that no one can dare hint at! Read when we told you about this first!

In the promo released, Karan Johar and Varun teach their fans a unique way of giving a high-five by doing it with their legs.

While praising the two on how good they look together, Karan hints at maybe Varun and Katrina should consider getting together romantically in real life. To this, Katrina cringed. Karan then also asked Varun “should Katrina marry Salman Khan.”

Also read: Aamir Khan opens up about his divorce from ex-wife Reena, calls it 'traumatic'

The guests also spoke about the existence of ‘I Hate Katrina’ club that was founded by Varun Dhawan. Dispelling any misinformation on the club, Varun explains it was done to grab Salman’s attention, to which Katrina exclaimed in shock: “This is all about Salman’s attention. I have got this all wrong. I thought they had a hate club for me since I didn’t give them attention.”

There was also a mention of Varun wanting to pee in the middle of the conversation which became a friendly banter.

Varun was also asked about what he would he like to ask Alia Bhatt if he was a part of the paparazzi. Known for his humour, Varun replied, “Madam, when will you get married?” He had the same response for both Salman Khan and Ranveer Singh, suggesting that media is most excited to know about wedding dates of stars.