Koffee With Karan: Aamir Khan opens up about his divorce from ex-wife Reena, calls it 'traumatic' 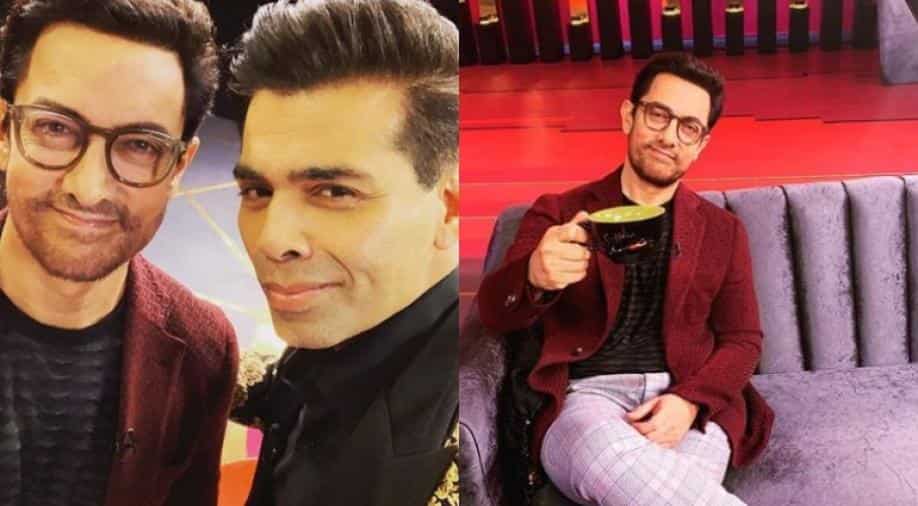 Karan Johar shared photos with Aamir Khan from the sets of 'Koffee With Karan'. Photograph:( Instagram )

When you have Aamir Khan as a guest on the chat show, you know that the episode will be special. The perfectionist Khan was the guest on Sunday's episode of Koffee With Karan and apart from the usual tongue-in-cheek questions and answers, Aamir also spoke about his 16 years long marriage to Reena Dutt and how it was traumatic for both of them when it came to an end.

"Reena and I were married for 16 years and when we broke up it was traumatic for me for her and both our families. But we tried to deal with it as best as we could. It did not mean that I lost respect for Reena, or for that matter, I lost my love for Reena. She is a really wonderful person," said the actor.

The actor though stated that he was lucky to have spent 16 years of his life with his former wife. "I am lucky that I had the opportunity to be with her for 16 years. That enriched me and we grew up together. We were very young when we got married. I give a value to that and I'm glad that she does to".

Reena and Aamir have two children together- Junaid and Ira. Aamir also revealed how Junaid was eager to become an actor and a filmmaker. Aamir is now married to filmmaker Kiran Rao and they have a son whom they have named Azaad.