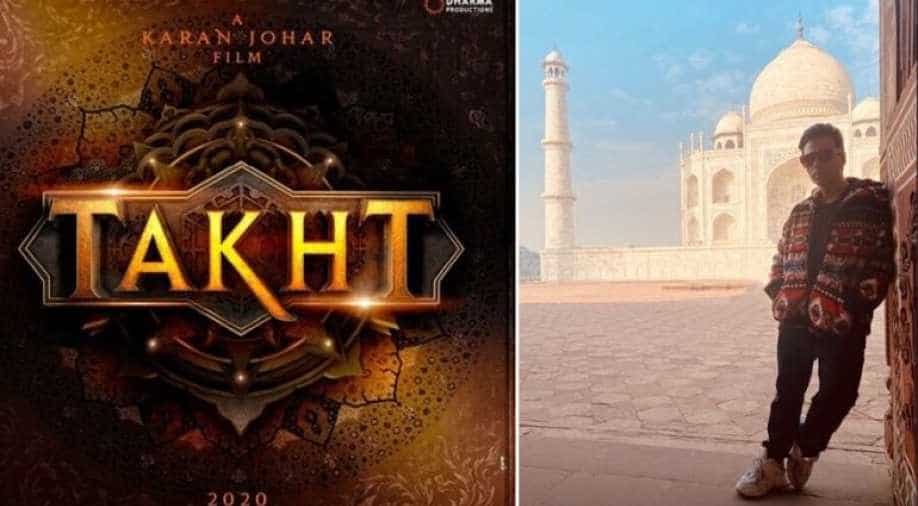 Filmmaker Karan Johar on Saturday along with his team concluded the location searching for his upcoming historical drama 'Takht'.

Johar hopped on to the Instagram story and posted the snaps of his recent visit to Taj Mahal in Agra, and the team has now jetted to Europe to scout more locations appropriate for the shooting of the historical drama. 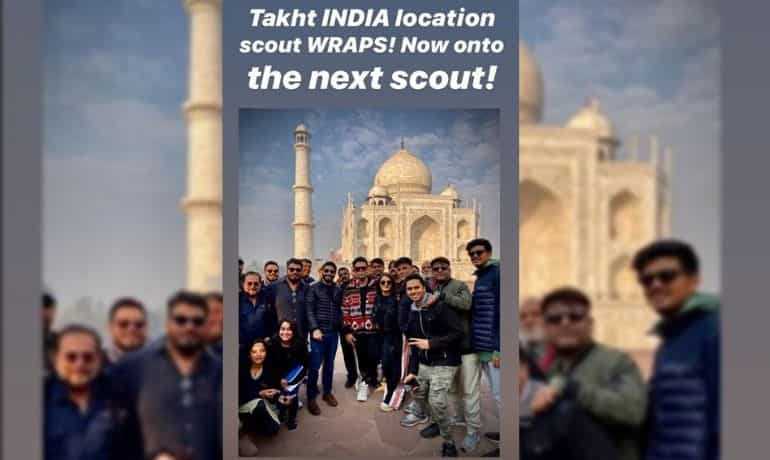 In the picture shared by Karan, the multi-talented star is seen posing for the picture with his team. He is seen sporting a multi-coloured printed jacket and cool shades. The film was previously scheduled to go on floors last year in August or September.

However, due to top extensive pre-production work, the shoot is now starting in February and includes various locations.

The story of the film revolves around the battle between Shah Jahan's first son Dara Shukoh will be played by Ranveer Singh and third son Aurangzeb to be played by Vicky Kaushal.
Alia Bhatt, Bhumi Pednekar, Kareena Kapoor Khan, Janhvi Kapoor, and Anil Kapoor will also be starring in various leading roles of the epic drama.