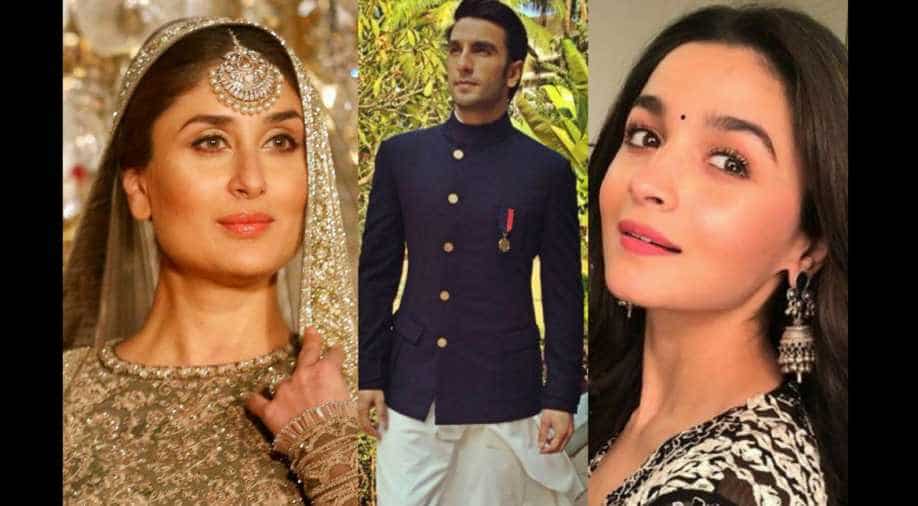 Karan Johar is back with what he does best -- direct movies of grand stature with an ensemble cast that will make your jaws drop.

Announcing his next film titled Takht, Karan will now make a historical drama film with the most bankable stars of Bollywood. As he took to Twitter to share the news, Karan also revealed the names associated with the film that includes Ranveer Singh, Kareena Kapoor Khan, Dhadak star Janhvi Kapoor, Alia Bhatt, Vicky Kaushal, Bhumi Pednekar and Anil Kapoor.

With Takht, Karan will foray back to direction unlike his recent couple of films in which he partnered as a producer. The last film under his direction was Ae Dil Hai Mushkil with Ranbir Kapoor, Aishwarya Rai Bachchan and Anushka Sharma in lead roles.

This is how Karan Johar made the announcement:

"The Screenplay is by SUMIT ROY! Dialogues by HUSSAIN HAIDRY,SUMIT ROY! And thanks to @NotSoSnob for bringing these talents to us at @DharmaMovies ! An exciting journey ahead....WRITERS are the heartbeat and soul of a film! These gentlemen lead all the way...."

Takht is a historical film as the name suggests, based on the Mughal dynasty and is primarily a story of two brothers -- Dara Shikoh and Aurangzeb (Mughal Emperor Shah Jahan’s sons who fought for the crown of Delhi Sultanate). Ranveer will play the elder sibling Dara Shikoh while Vicky will play the negative role of Aurangzeb who is said to have tortured and killed his elder brother for the crown.

Kareena Kapoor Khan will play Ranveer’s sister in the film, Jahanara Begum while Alia Bhatt will play his love interest. This will be their second film together after Gully Boy.

For Ranveer, this will be his third historical film after Sanjay Leela Bhansali’s Bajirao Mastani and Padmaavat. Kareena has also previously done a film like this -- Asoka opposite Shah Rukh Khan. What’s most interesting is that we will get to see Kareena Kapoor Khan and Ranveer Singh in one film together-- something we believe only Karan could have managed.

How the cast of Takht expressed their excitement:

Thrilled to be a part of @karanjohar 's historical magnum opus with a stellar cast! Watch out for more!#TAKHT @dharmamovies @apoorvamehta18 pic.twitter.com/oensS1r03y