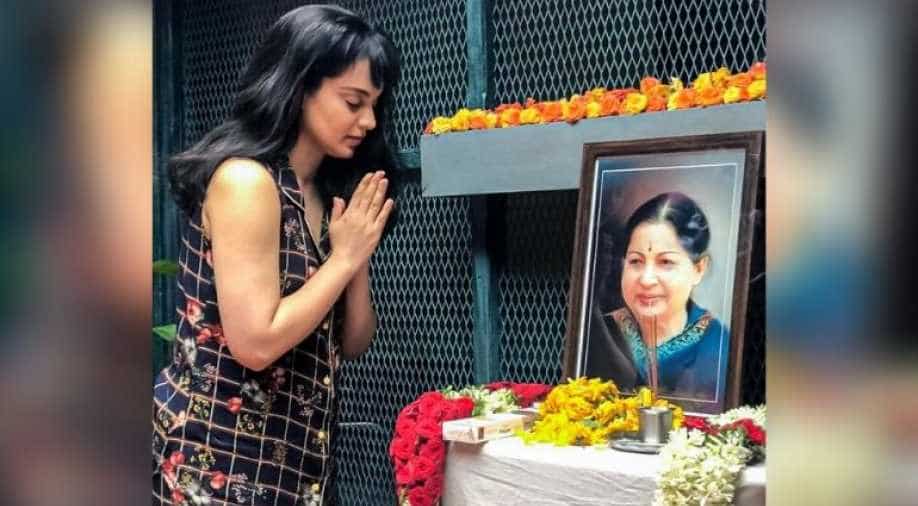 'Thalaivi' is being helmed by AL Vijay, and is set to hit theatres on June 26, 2020, in Hindi, Telugu and Tamil languages.

Indian film critic and trade analyst Taran Adarsh shared a picture of the 32-year-old actor paying homage to the actor-turned-politician Jayalalithaa on his Instagram and Twitter handles.

Ranaut was seen standing with folded hands in front of a garlanded picture of the late political leader. Bollywood's 'Queen' will be essaying the role of south India's beloved late politician in a biopic titled 'Thalaivi'. She was recently trolled when she revealed that she took hormone pills to look the part.

#KanganaRanaut - who enacts the title role in #Jayalalitha biopic #Thalaivi - paid homage to #Jayalalitha on her death anniversary... #Thalaivi is directed by Vijay... Produced by Vishnu Induri and Shaailesh R Singh... 26 June 2020 release in #Hindi, #Tamil and #Telugu. pic.twitter.com/ZLhJljgXgI

A very intriguing teaser and poster for the much talked about Jayalalithaa biopic was released in the last week of November.

'Thalaivi' is being helmed by AL Vijay and is written by 'Baahubali' and 'Manikarnika' writer KV Vijayendra Prasad and 'The Dirty Picture' and 'Once Upon a Time in Mumbai' writer Rajat Arora.

The movie is set to hit theatres on June 26, 2020, in Hindi, Telugu and Tamil languages.