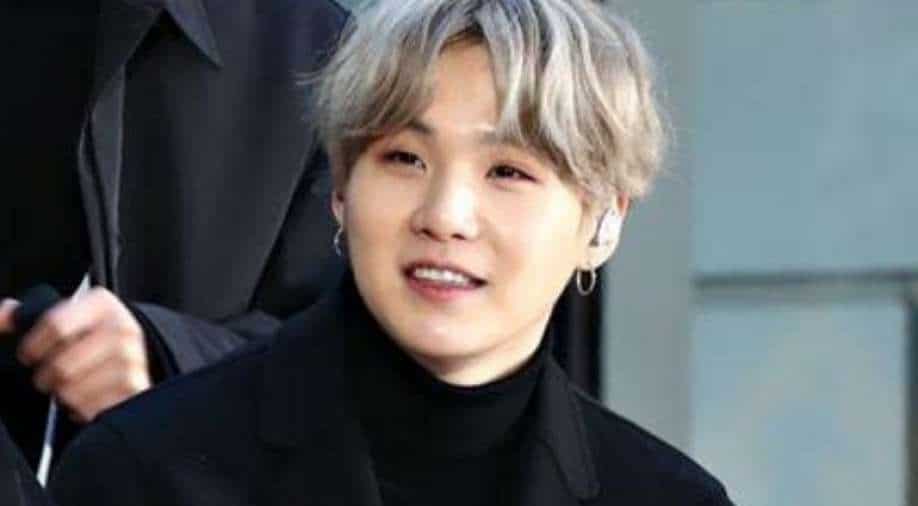 The South Korean superstar pop band is on an "extended period of rest" and will return to the stage in Seoul in March, next year.

Suga, a member of the famous K-pop band BTS, has tested positive for Covid-19.

His diagnosis comes after his return from in-person concerts in the United States. Suga's agency Bit Hit Music has shared the news.

In the lengthy statement, the management company revealed that Suga is at self-care at his home and is not have any symptoms of the virus.
They also informed that Suga, whose real name is Min Yoon-gi, has completed his double vaccination dose in August 2021.

Read the statement below:

''BTS member SUGA was confirmed with COVD-19 on Friday, December 24 during his self-quarantine after taking the PCR test immediately upon his return to Korea on Thursday, December 23.''

The statement further reads, ''SUGA completed his second round of the COVID-19 vaccination in late August and is not presenting any symptoms as of today. He is currently administering self-care at home per the guidelines of the healthcare authorities.''

''SUGA, who has had a number of personal engagements in the U.S. during BTS’ official time off, tested negative for the PCR test taken before travelling to the U.S. and began his self-quarantine after taking the PCR test upon his return to Korea. He received positive results during quarantine, and there was no contact with the other members,'' the message reads.

Meanwhile, the South Korean superstar pop band is on an "extended period of rest" following their US appearances and will return to the stage in Seoul in March, the group`s management company said earlier.

'Spider-Man: No Way Home' is the highest-grossing Hollywood movie of the year

Bright Music, the group's management company, said in a statement earlier, that the musicians would take a break over the holidays and prepare for a concert and new album that will start a "new chapter."

"They are preparing for a concert this coming March to connect and communicate with fans in-person in Seoul," the statement said.