'Spider-Man: No Way Home' is the highest-grossing Hollywood movie of the year 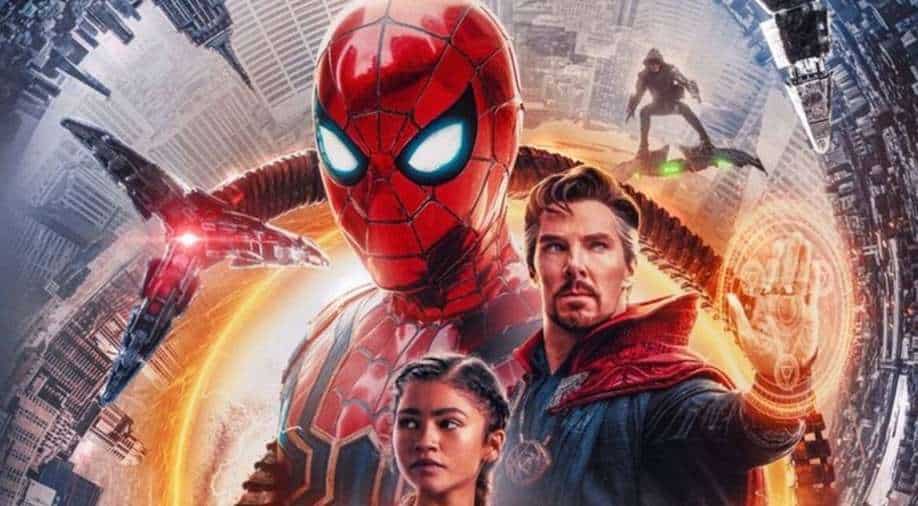 The movie has also crossed the 007 movies 'No Time to Die,' mark, which collected over $774 million globally.

Spider-Man: No Way Home' is unbeatable and unstoppable!

Tom Holland starrer movie is becoming one of the highest-grossing movies of the pandemic era. The spidey movie is out in theatres worldwide and is raking in big moolah.

As per Variety, the movie has crossed another major box office milestone, surpassing $800 million globally. With the mindblowing numbers, the movie has become the highest-grossing Hollywood movie of the year with $813.9 million worldwide.

The movie has also crossed the 007 movies 'No Time to Die,' mark, which collected over $774 million globally. As of now, only two local Chinese movies — 'The Battle at Lake Changjin' ($902 million) and 'Hi, Mom' ($882 million) — have generated more than Peter Parker movie at the global box office, but looks like Marvel's web-slinger will take them down too.

At the domestic box office, the newest movie has collected $356.5 million.

The movie is raking in big numbers, despite growing concerns over the omicron variant of COVID-19, worldwide. Meanwhile, Spider-Man producers Amy Pascal and Kevin Feige have shared more about the development of 'Spider-Man: No Way Home' and teased that Disney/Marvel and Sony are "actively beginning to develop" Spider-Man's next movie.

The newest film has Holland reprising his role as Spider-Man and Zendaya as Mary Jane, Jacob Batalon is back as Ned Leeds, Marisa Tomei is Aunt May, Jon Favreau returns as Happy Hogan and Benedict Wong is Wong from ‘Doctor Strange.’
Jon Watts directorial will have a multiverse plot with Holland getting together with villains of previous Spider-Man cinematic franchises.