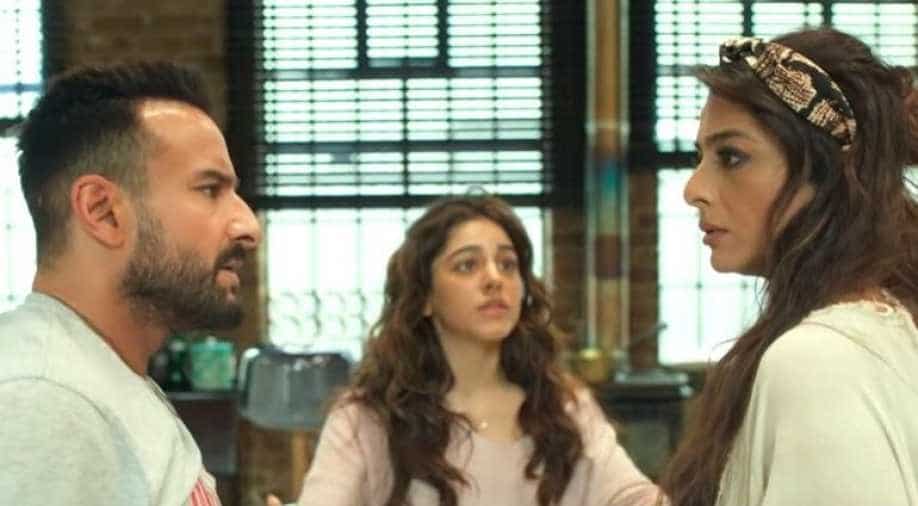 Saif Ali Khan, Alaya F and Tabu in a still from 'Jawaani Jaaneman'. (Image via YOutube/Pooja Entertainment) Photograph:( Others )

Saif Ali Khan and Tabu pair up for Nitin Kakkar's hilarious coming of age story 'Jawaani Jaaneman'. The makers have shared multiple character posters in the past weeks, and on Thursday released the trailer of the film which looks very promising.

The quirky trailer of the film introduces the modern age father-daughter duo of Saif Ali Khan and newcomer Alaya F. Saif plays a casanova who refuses to settle down but things change when a young 21-year-old girl comes knocking at his door and claims she is his daughter.

The trailer also gives a glimpse of Tabu's character, who plays Alaya mom and a hippy in the film.

Saif is also seen swaying to the revamped version of his iconic song `Ole-Ole`.

The light-hearted romantic movie will hit the theatres this year on January 31.