Jackie Shroff on Tiger-Disha relationship: They might get married in future or remain friends for life 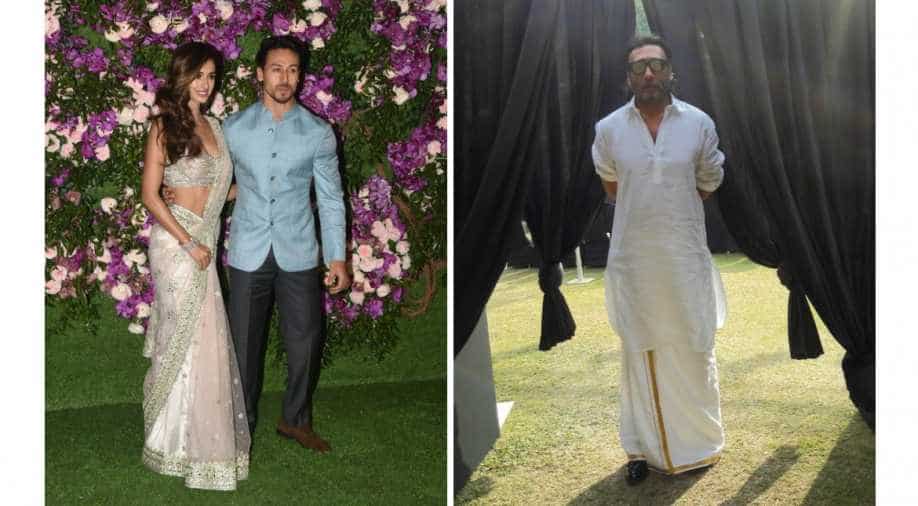 Jackie will be seen in ‘Romeo Akbar Walter’ as a senior officer who recruits John’s character and makes him undergo rigorous training for a special mission, which according to the trailer “could change the course of history for India”.

Every time Tiger Shroff and Disha Patani make a public appearance together, it sort-of solidifies all rumours around their affair as the chemistry is unmissable between the two.

While the two have never confirmed their romance and only ever called their relationship as friendship, Tiger’s father Jackie Shroff has something to say about it. Busy with upcoming film ‘Romeo Akbar Walter’ with John Abraham, Jackie spoke about son Tiger and said that he “stays clear of malice” while also revealing his routine in an interview.

As told to Mumbai Mirror, Jackie commented on Tiger-Disha’s relationship and said, “Tiger found his first friend who is a girl at 25, till then he never looked around. They share the same passions, dance and workout together. She comes from a family of army officers, so she understands the value of discipline. Who knows they may get married in future or remain friends for life, for now, they are just friends.”

“God is kind, what else can you expect from your child! Tiger is setting an example for other kids to follow. He sleeps by 10.30 pm and is up by 6 am… He respects people and focuses on his craft… He steers clear of malice and is a man on a mission. Even for a porcupine, his child is soft, so I won’t say more. Children love him and so do mothers, and grandmothers. I hope it always remains that’s way,” Jackie added.

Jackie plays Salman Khan’s father in their film together ‘Bharat’ that is due for Eid this year. On his rapport with the star, he said, “I met Salman during his growing up years while filming Falak whose dialogue was penned by his father, Salim Khan saab... Salman’s still a teenager for me, a child, his eyes shining with his love for me and reflecting his awe.” Interestingly, Disha is also a part of the film.

Jackie will be seen in ‘Romeo Akbar Walter’ as a senior officer who recruits John’s character and makes him undergo rigorous training for a special mission, which according to the trailer “could change the course of history for India”. The film is due on April 5. Watch trailer here.