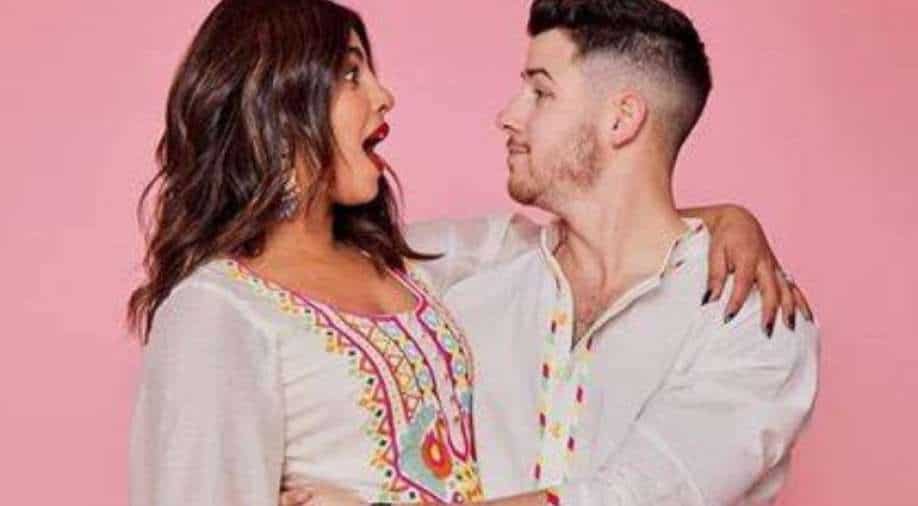 Priyanka shared a post on Instagram, tagging Nick and stating, "We are overjoyed to confirm that we have welcomed a baby via surrogate.

Priyanka Chopra and Nick Jonas have welcomed their little bundle of joy and shared the good news with the world. However, the couple has not revealed the baby's gender yet, but as per the reports, it's a baby girl.

On Saturday, the couple turned to their Instagram accounts Saturday to share the happy news with their fans and followers.

Priyanka shared a post on Instagram, tagging Nick and stating, "We are overjoyed to confirm that we have welcomed a baby via surrogate. We respectfully ask for privacy during this special time as we focus on our family. Thank you so much."

As per the DailyMail, the baby girl, who was born via surrogate, had arrived 12 weeks before the due time in a Southern California hospital outside Los Angeles, where she'll remain until she is healthy enough to return home with her parents, a source close to the couple said.

''The baby had been due in April but the surrogate ended up giving birth on Sunday, so she was very premature,'' the insider added.

Before Priyanka Chopra-Nick Jonas, these celebs too opted for sarrogacy

The Quantico star - who tied the knot with the Jonas Brothers star in 2018, had been wanting to have a baby together for 'quite sometime,' and were quite vocal about the same. While speaking to Vanity Fair recently, Priyanka said, "They’re a big part of our desire for the future. By God’s grace, when it happens, it happens."

Soon after the announcement, their fans and friends showered them with good wishes.  Many celebrities including Nick brother's Kevin and Joe Jonas, Neha Dhupia, Awkwafina and others took to the comments section to congratulate the couple.