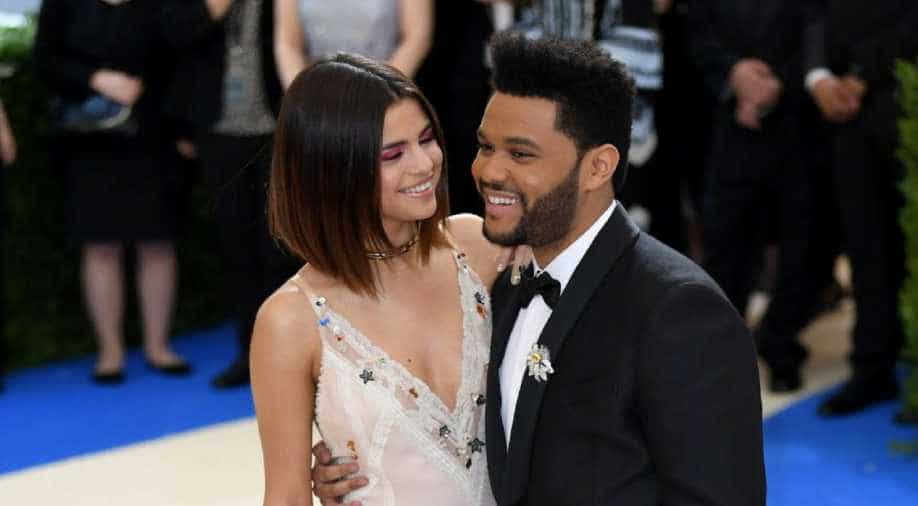 The Weeknd has reportedly registered the song with the American Society of Composers, Authors and Publishers.

Their relationship is one for the past but it seems that singer The Weeknd is still inspired by his ex Selena Gomez. New media reports suggest that the singer is ready to release a new single that is titled ‘Like Selena’.

The Weeknd has reportedly registered the song with the American Society of Composers, Authors and Publishers.

The Weeknd added fuel to fire when he made a recent return to Instagram and wrote, “The fall starts tomorrow night.” If you remember, he had posted in August that he was in “album mode”. This could mean he had been busy with the song-making process all these months and is now finally ready with new content for his fans.

The Weeknd, however, did not reveal if he would release a single or a full album.

If ‘Like Selena’ releases, then it won’t be the first time when The Weeknd would release something on his former lover as he had previously released a song titled ‘Call Out My Name’ that fans suggest is a song on Selena and his controversial relationship.

The Weeknd and Selena Gomez dated for a brief period of a couple of months from January to October 2017. Right after their breakup, Selena was seen patching up with her on-and-off boyfriend Justin Bieber for the last time in March 2018. Justin Bieber then went back to his now-wife Hailey Baldwin in June 2018, whom he married in 2019 in two ceremonies -- one was a secret ceremony while the second had a close group of friends, months apart.

The Weekend was before Selena and after her, seen with longtime partner supermodel Bella Hadid. The two seem to have broken up for good now. In another news, Selena and Bella seem to be on a wrong footing as is proof in an incident when Selena commented something positive on Bella’s post but it’s said that the latter deleted that post so as to avoid any interaction.

Selena is meanwhile, back into her professional space as she was seen performing after a huge gap at the American Music Awards when she stunned on the red carpet in a neon bustier dress by Versace. She also released some new songs and earned her no.1 rank at Billboard Hot 100 for the first time with song 'Lose You To Love Me'.