Will Smith visits India post Oscar slapgate for this reason 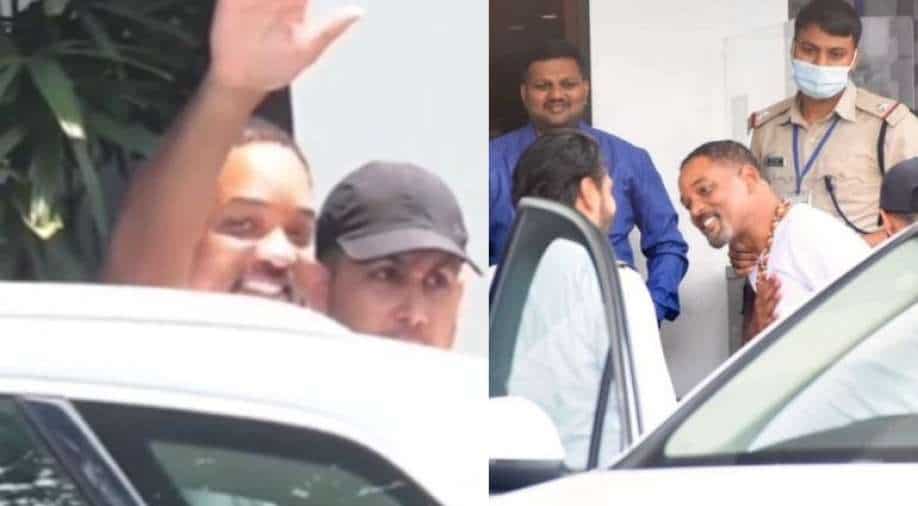 Hollywood actor Will Smith was spotted in Mumbai's private airport over the weekend. The actor who recently got banned from the Academy for 10 years after he slapped comedian Chris Rock at the Oscars ceremony this year over a joke on his wife Jada Pinkett Smith, is in India for spiritual reasons.

Smith was spotted in Mumbai over the weekend. This was the actor's first public appearance since the slapping incident.

Several reports indicate, that Smith is in India to visit Sadhguru, who is known to be close to the actor. While the actor has made several visits to India in the past for work, this time it's strictly a spiritual purpose as he will reportedly spend time at Sadhguru's ashram in Tamil Nadu. It is unclear how long the actor would stay in the country.

The spiritual guru had visited the actor and his family in Los Angeles a few years back. Smith was in India last in 2019 and even did a small cameo in Karan Johar's film 'Student Of The Year 2'. Smith had shot in India for his reality show 'The Bucket List' and had also visited Haridwar and taken part in the ‘Ganga Aarti.’

Will Smith and Jada Pinkett: A Timeline of their romance, marriage and cheating rumours

In March this year, Smith created headlines when he slapped Chris Rock on stage during the Oscar ceremony after the comedian made a joke on Jada Pinkett Smith's shaved head. Pinkett Smith has been suffering from alopecia for years now. Moments later, Smith won his first Oscar for his performance in 'King Richards'.

The actor subsequently issued a public apology to Rock and the Academy in a long post on Instagram.

After clean chit in narcotics case, Aryan Khan moves court to get his passport back