Indian fans of Harry Potter can watch the special on Amazon Prime on January 1 at 2:30 pm.

Daniel Radcliffe had a huge crush on 'Harry Potter' co-star Helena Bonham Carter while working on the film franchise.

He also read a letter which he gave to the actress, 23 years his senior.

“Dear HBC,” Radcliffe, 32, began the letter as reported by Page Six. “It was a pleasure being your costar and coaster in the sense that I always ended up holding your coffee.” 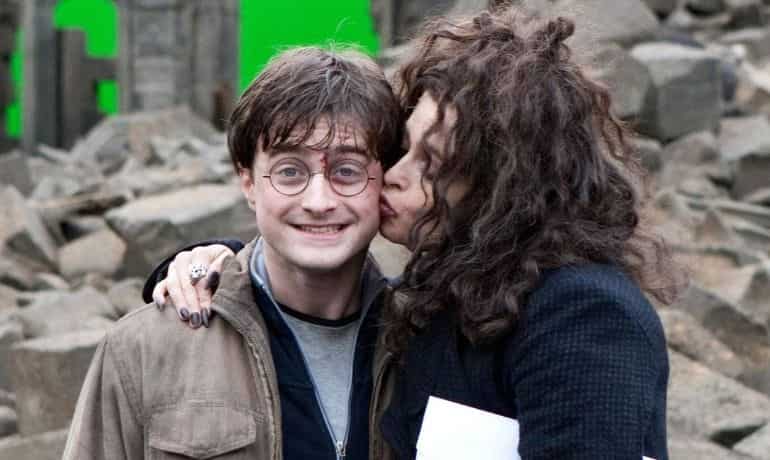 Embarrassed Radcliffe reads further, ''I do love you and I wish I’d just been born ten years earlier so I might’ve been in with a chance.''

Other than Craige, Emma Watson also revealed that he had a crush on Tom Felton, aka Draco Malfoy. Watson revealed the exact moment that she 'fell in love' with Felton, 34, during a tutoring session between filming.

Meanwhile, Watson and Rupert Grint also revealed that they once considered leaving the film series during the reunion. The stars who got back together for a special Harry Potter Reunion revealed that how they thought of saying goodbye to their iconic characters Hermione Granger and Ron Weasley, respectively.

The special episode will reunite Daniel Radcliffe, Rupert Grint, Emma Watson, and other esteemed cast members and filmmakers across all eight Harry Potter films for the first time to celebrate the anniversary of the franchise’s first film, 'Harry Potter and the Sorcerer’s Stone'.