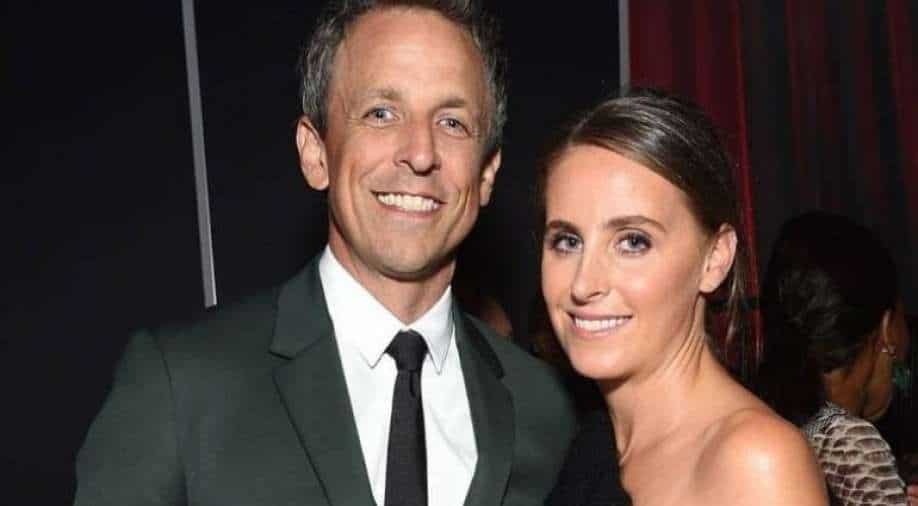 This Thanksgiving, Seth Meyers was thankfull for his family.

On a recent Thanksgiving broadcast of 'Late Night with Seth Meyers', Meyers revealed that he had a new addition to his family.
Meyers has revealed that he and his wife, Alexi Ashe, secretly welcomed a baby girl.

Their little bundle of joy - Adelaide, was born in September, but the couple kept the pregnancy and birth a secret. The child is the couple's third child together.

He broke the news by sharing a video of his sons in cute Thanksgiving-themed costumes. They then revealed their baby sister hidden behind a cushion, and each gave her a kiss as they shouted ‘Surprise!’

Meyers’ parents, Hillary and Larry Meyers, as well as his brother, Josh Meyers, were in the show as guests. During the segment, Seth’s mother revealed that Adelaide was named after her the famous host' grandmother.