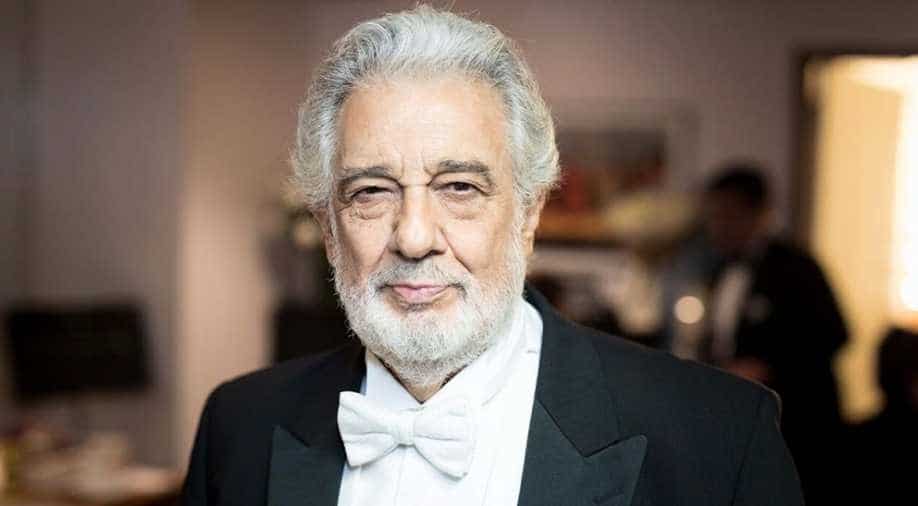 A 2020 investigation by the American Guild of Musical Artists (AGMA) concluded that Placido Domingo had behaved inappropriately with female performers.

Spanish opera star Placido Domingo addressed in a newspaper interview on Friday accusations about sexual harassment that emerged two years ago, telling newspaper El Mundo that he had done nothing wrong and regretted not speaking out sooner.

A 2020 investigation by the American Guild of Musical Artists (AGMA) concluded that Domingo, 81, had behaved inappropriately with female performers after it heard evidence from more than three dozen singers, dancers, musicians, voice teachers and backstage staff who said they had witnessed or experienced inappropriate behaviour over three decades.

He said in a statement at the time that he respected the women's decisions to speak out and that he was "truly sorry for the hurt I caused them."
The findings prompted Spain to cancel planned performances by the tenor-turned baritone at publicly-funded theatres. US institutions including the Metropolitan Opera in New York and the San Francisco Opera also scrapped planned engagements and Domingo resigned as general director of the Los Angeles Opera.

LA Opera conducted its own enquiry and found ten allegations about Domingo to be "credible." No criminal case was brought to court over any of the claims.

Domingo told El Mundo in the interview published on Friday that he never harassed anyone and said he felt that he had been convicted in the court of public opinion because he did not speak out.

"The main mistake I made was to remain silent for too much time," he said in written answers to questions from the paper. "I don`t like controversy. For that reason I stood aside and kept my counsel while watching how, in an instant, years of work and effort were erased."

Domingo added that his apologies never admitted any wrongdoing. "Because I have never harassed anyone," he said.
AGMA's investigation was partial, he said, and contained few concrete facts.

AGMA did not respond to a Reuters request for comment. LA Opera said it had nothing to add to its original statement following its investigation.
Domingo returned to Spain to perform in a charity concert in June after an absence of almost a year and a half, and was honoured with an award at Madrid`s Teatro Real.

He has performed in several countries since and is due to sing in Verdi`s Nabucco in Spain in July.