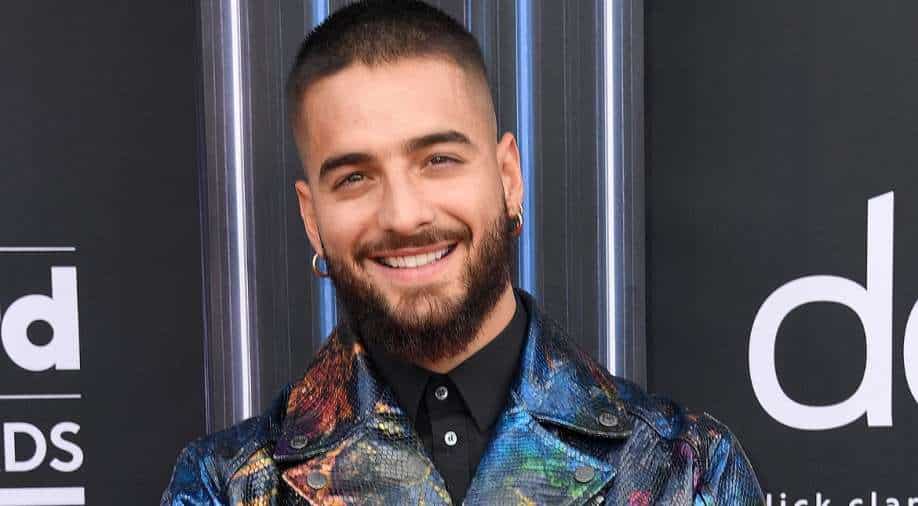 After a short break, Maluma is set to resume his tour with Europe dates in February.

According to People magazine, the single`s name translates to `Little Things from the USA` and refers to the gifts he brings back to his home country from his visits to the United States, though the music video is much steamier than the title would imply at first blush.The irresistible music video, produced by 'The Rude Boys', follows Maluma, as he pays visits to multiple women in their respective rooms at the same hotel, and he surprises them with a bevy of beautifully wrapped gifts.

The song is backed by traditional reggaeton beats as he sings, "No soy malo pero por ti me puedo volver, tu eres el error que yo con gusto quiero cometer".The video was shot in Medellin, Colombia, and comes ahead of his Medallo en el Mapa concert set to take place in the city`s Atanasio Girardot Stadium on April 30.

The video also features a series of colourful, fashion-forward looks worn by the `Sobrio` singer. On Wednesday, Versace announced that the star would be the face of their new advertising campaign, with a special feature of his dog Buda, for the Spring-Summer 2022 collection. The star called this new honour a "dream come true."

"Fashion is one of my biggest passions outside of music and being part of Donatella`s vision, and the Versace family is an honor. Together, we have created memorable moments with custom performance and red carpet looks, magazine covers and the amazing Met Gala 2021 design. With this campaign, we are creating more memories as a fashion family together," he said in a statement.

He added, "One of my greatest highlights for 2022 will be my dog, Buda, in his first campaign with me -- a man`s best friend joins fashion. This is to many more memories with my Versace family."The star kicked off his Papi Juancho World Tour in September and performed in the US throughout October.

After a short break, he is set to resume his tour with Europe dates in February.During his stop in Los Angeles, the `Cada Quien` singer reflected on the teachings of the past year and a half after connecting with his audience through an acoustic performance of his hit `ADMV`.Similarly, in April, the star told People magazine, he learned about gratitude and patience during his time in lockdown.

The singer is also set to make his acting debut alongside Jennifer Lopez in the highly anticipated new film `Marry Me` set to premiere in theaters on February 11.