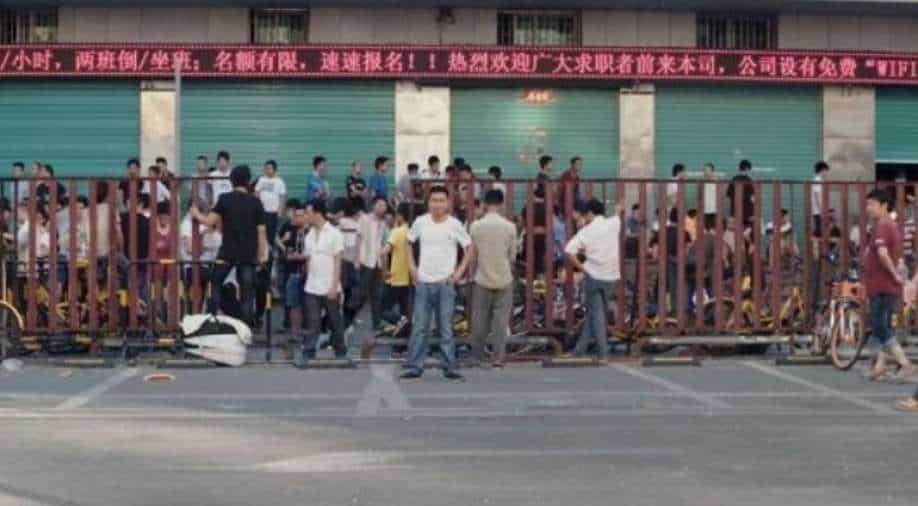 Starting off with scenes of hordes of workers looking for low-wage jobs, Kingdon takes viewers to assembly lines, private bodyguard and butler schools, and a crammed waterpark.

Filmmaker Jessica Kingdon travelled to 51 locations across China on a quest to document everyday scenes showing the country's economic progress and the growing class divide.

The result is 'Ascension', her debut feature which has been shortlisted for the Oscars and which Kingdon hopes will get audiences reflecting on the universal aspects of consumerism.

An impressionistic fly-on-the-wall documentary featuring no interviews or narration, 'Ascension' takes viewers on a visual journey through the Chinese social classes. Structured in three parts around the themes of labour, consumerism and wealth, the film juxtapositions the lives of its subjects.

Starting off with scenes of hordes of workers looking for low-wage jobs, Kingdon takes viewers to assembly lines, private bodyguard and butler schools, and a crammed waterpark.

She captures former U.S. President Donald Trump's "Keep America Great" merchandise in mass production at one factory and workers at another chatting away as they assemble high-end sex dolls.

"The intention is really to create space for an audience to experience the images and sounds without passing judgement, but rather experiencing it and sitting with it, rather than trying to make sense of it and categorise it," the New York-based filmmaker told Reuters.

Kingdon, who is Chinese-American, was inspired to make 'Ascension' after shooting her 2017 short film "Commodity City" in the world`s largest wholesale market in Yiwu, China, and witnessing its excesses of materialism.

From 'RRR' to 'Jersey': Bollywood films postponed again due to COVID-19

Setting out to shoot a trilogy related to the cycle of production, consumption and waste, her plans changed when the camera started rolling.
"Originally it was going to be more environmentally driven, but as I was shooting, it became more about the quest for upward mobility and a study of materialism and a study of China`s economy," Kingdon said.

Filming in over 50 locations was essential to connect the dots of the economies powering the world`s supply chains and consumer lifestyles, she said.

"The film in some ways is a kind of fever dream where it`s one thing leads to the other leads to the other, it kind of snowballs," she said.
Steering clear of political commentary was paramount, said Kingdon, adding that through its China and "factory of the world" setting, she hopes "Ascension" will encourage audiences elsewhere to think about the industrial systems and consumption in their countries.