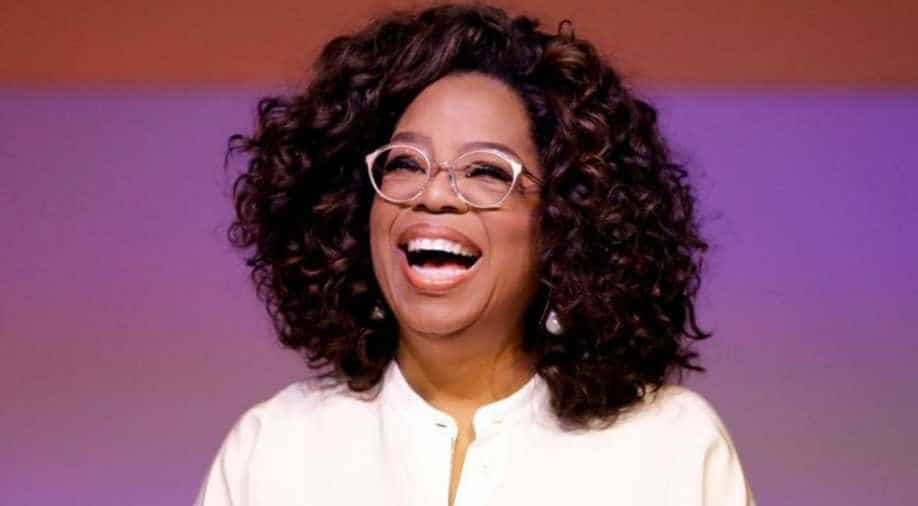 American talk show host and TV producer Oprah Winfrey opened up about her experience of being raped as a child by her cousin in a recent episode of 'The Me You Can`t See` docuseries.

The 67-year-old broke down in tears as she recounted the trauma, saying, "At nine and 10 and 11 and 12 years old, I was raped by my 19-year-old cousin. I didn`t know what rape was. I certainly wasn`t aware of the word. I had no idea what sex was, I had no idea where babies came from, I didn`t even know what was happening to me," Page Six reported.

She continued saying the experience taught her that "a girl child ain`t safe in a world full of men."The philanthropist had first made the revelation of being raped back in 1986.

The revelation occurred on an episode of her eponymous talk show dealing with survivors of childhood sexual abuse and their abusers; she also revealed at the time that she had been sexually abused by a boyfriend of her mother`s, according to Page Six.`The Me You Can`t See` is a docuseries co-created by Oprah and Prince Harry, that explores mental health and emotional well-being with stories from people around the world. With storytelling at its core, this timely series gives a voice to stories that aim to seek truth, understanding, and compassion.

Earlier, Lady Gaga also recalled her trauma of being raped by a music producer when she was 19. Prince Harry also made a shocking revelation about his and Meghan`s mental health breakdowns following their royal lives. Glenn Close also opened that she was `psychologically traumatized` after her cult upbringing.

Helmed by Academy Award and four-time BAFTA Award-winning filmmaker Asif Kapadia, the series is co-directed and executive produced by Emmy Award and Spirit Award nominee Dawn Porter. All the episodes of the series are available to stream from May 21, 2021, on Apple Plus TV app.