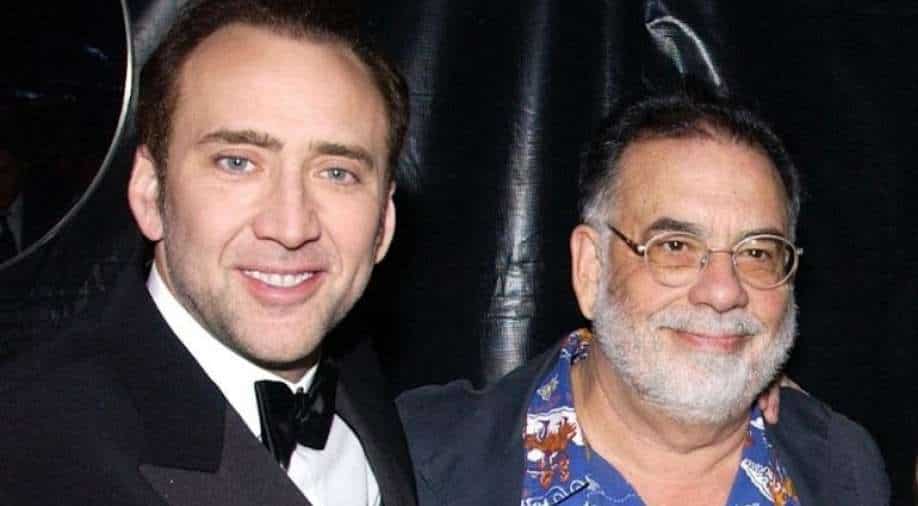 Actor Nicolas Cage has revealed that he once begged ace-director Francis Ford Coppola to cast him in the 'Godfather' trilogy.

During a conversation in the THR roundtable with stars Peter Dinklage, Andrew Garfield, Jonathan Majors and Simon Rex, Cage revealed that he asked Coppola his paternal uncle — to cast him in his iconic film, but he was unsuccessful.

In a new interview, when the stars were asked about movies they would love to make, to which the 57-year-old star revealed,  "This is a very embarrassing answer to your question, okay, because it involves family.

“So Uncle [Coppola] was doing Godfather III, and I said, ‘I really think I ought to be in your movie, Uncle. I really think it’s a good idea if you would cast me. I think I could play this part.’”

''It just wasn’t going to happen. So that was a movie I didn’t get let in that I really wanted to be in,'' he added.

Nicolas wanted to play the role of Vincent Corleone, son of Sonny Corleone and his mistress Lucy Mancini - eventually went to Andy Garcia.

'Godfather III' which starred Al Pacino, Diane Keaton, Talia Shire, Andy García, was released in theatres in 1990. It grossed $136.8 million and was nominated for seven Academy Awards, including Best Picture.