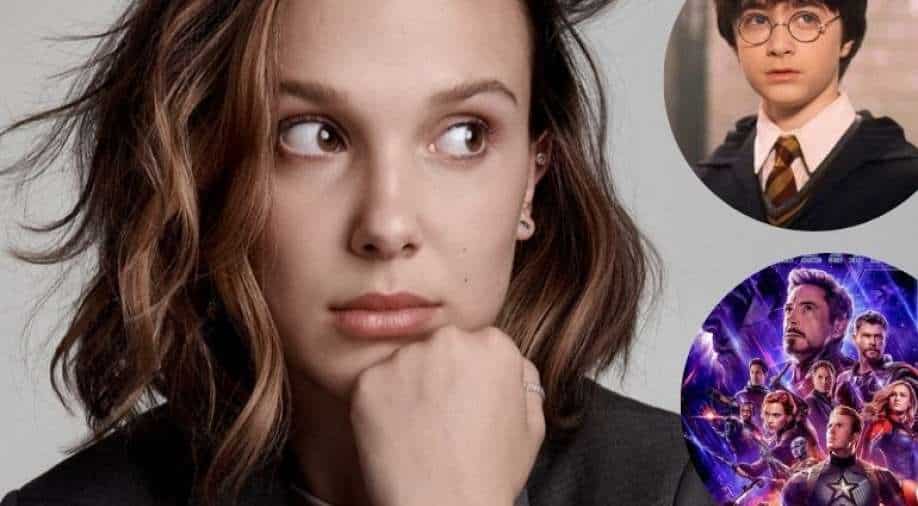 Millie Bobby Brown is reprising her role as Madison Russell in 'Godzilla Vs. Kong'

Sometimes fans' favourite stars share some shocking news that is hard to believe by their die-hard fanatics. Now Millie Bobby Brown, who is busy nowadays promoting her movie 'Godzilla vs. Kong' revealed the movies, which are touted to be some of the biggest in cinema history that she hasn't watched.

The 17-year-old 'Stranger Things' star, who reprises her role as Madison Russell in 'Godzilla Vs. Kong', stated she's is more into romantic movies and admitted that she has never seen a Marvel, DC or a Harry Potter movie to date.

Talking about her movie choices, she said. "So I haven't watched a Marvel film, ever, and I've never watched a DC film. News, I know. It's not (my thing) but I'm open to it."

"I've just never been like 'Oh I'm going to put on this film.' I'm more into like The Notebook, let's put on some romance films. I'm not crazy on that because I think I'm in it. I'm doing that stuff already, I want to see stuff that's real," she explained.

The 'Stranger Things' star also shared that she is among those who have never watched a Harry Potter series. "I've never watched Harry Potter. I have so many friends that just look at me and they're like 'How?' and I'm like 'I don't know.''' she said.

On the work front, Brown is currently busy filming for season four of her hit Netflix series 'Stranger Things'. The actress recently talked about her 'Godzilla vs. Kong' character and feels that she's very much like her. Read more here.