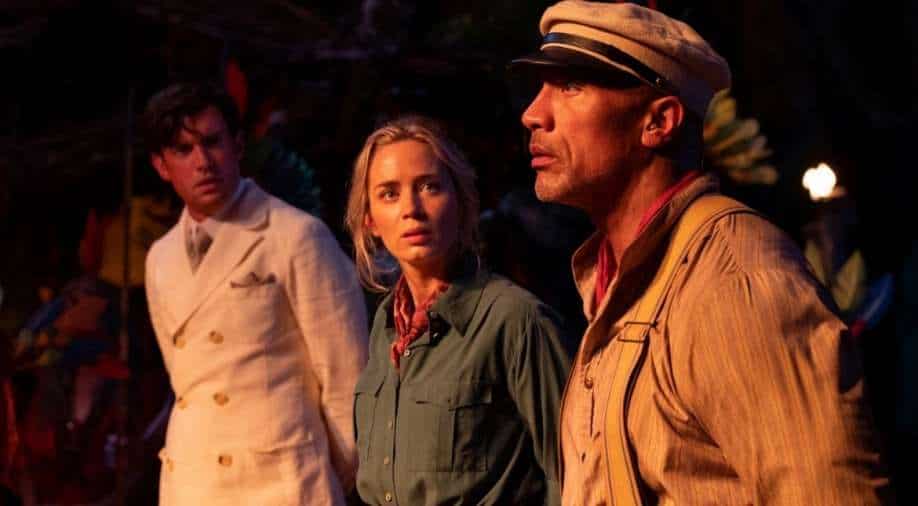 Complete with folklore, mythical figures, cursed invaders and daredevil hero and heroine- 'Jungle Cruise' sets out to be an exhilarating ride.

Based on Disney's theme park ride 'Jungle Cruise', the story is set in 1916 and revolves around Dr Lily Houghton(Emily Blunt) who wants to travel to the Amazon Rainforest to extract a flower from the ancient Tree Of Life. The extracts of the petal are life-saving and can cure any illness, we are told. The challenge is that the tree, many feels is just a part of the folklore and the river doesn't offer anything other than danger. Lily reluctantly takes the help of Frank Wolff(Dwayne Johnson), captain of a rickety boat, who gives the cheapest guided cruise on the Amazon river. Lily and her brother McGregor along with Frank set out on a journey full of hurdles, enemies and adventure.

Also see: Who would ghost Dwayne Johnson? Turns out, Emily Blunt did

With six writers onboard, 'Jungle Cruise' takes a leisurely time to establish the plot. A lot of time is spent highlighting Lily's character- who for her time is far more adventurous than any other woman, who believes in the goodness of humanity and who throws caution to the wind when it comes to pursuing something that gives her an adrenaline rush.

While it takes director Jaume Collet Serra some time to reach the main plot of the film, the adventure film heavily borrows from several other hits of the same genre to make the film exciting. He succeeds to quite an extent. There are predictable chase sequences, action stunts and the usual CGI tropes to make the film engaging. But perhaps what scores most is the humour that runs through the film in the best possible way. Be it with the pun intended dialogues of Johnson or dry humour by Jack Whitehall who plays Blunt's younger brother or unassuming humour by Jessie Plemons- the screenplay is laced with humour which makes the film enjoyable. Whitehall plays a pansy, uppity British man and perhaps Disney's first openly gay character. The moment when he comes out to Johnson's character is well written and sensitively shot - making it one of the special scenes of the film.

Also read: From Dwayne Johnson to Gal Gadot: Celebrities look-alike that will surely blow your mind

'Jungle Cruise' though meanders a bit in the middle with relentless chases, and a slightly unnecessary romantic track. The screenplay never really peaks and is repetitive after a point. But overall it wins over for its simplistic approach to an adventure story, deftly told by the entire team. It is also enjoyable to watch Blunt and Johnson's war of words - as the actors play their characters with ease.

It comes at a time when audiences are slowly treading into theatres after a gloomy year due to the pandemic and so it is a perfect film to go back to theatres for.

'Jungle Cruise' is set to release in theatres this Friday.