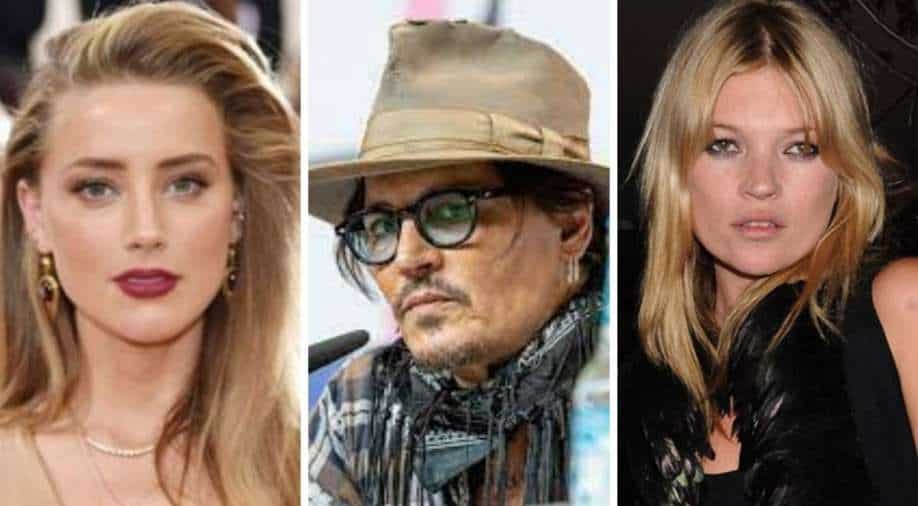 Kate Moss and Johnny Depp dated for four years and were briefly engaged before breaking up in 1997.

Supermodel Kate Moss is going to testify in the ongoing defamation trial between former Hollywood couple Johnny Depp and Amber Heard. According to multiple reports, Moss will testify on Wednesday.

Moss will speak to the court in Fairfax, Virginia, via video link.

Moss was referenced by Heard earlier this month during her testimony where she referenced an alleged altercation between the supermodel and the actor back in the 1990s when the two were dating.

Heard had stated that Henriquez was near a staircase "in the line of fire … trying to get Johnny to stop," which reminded her of a rumoured incident between Moss and Depp.

"(Whitney's) back was to the staircase, and Johnny swings at her," Heard testified. "I don't hesitate, I don't wait — I just, in my head, instantly think of Kate Moss and stairs."

"And I swung at him," Heard continued of the alleged March 2015 incident between herself, Henriquez and Depp.
"In all of my relationship to date with Johnny, I hadn't landed a blow," she said. "And I, for the first time, hit him — like, actually hit him. Square in the face."

Heard added, "He didn't push my sister down the stairs." Later Henriquez, 34, during testimony stated that Depp once hit her and then "repeatedly" struck Heard, who allegedly defended Henriquez in the incident.

A video of Depp's attorney celebrating while Heard referred to Kate Moss and stairs went viral on social media soon after. Perhaps the attorney was celebrating the opportunity the testimony created for them to call Moss to court to dispel the rumour. Watch: Johnny Depp's lawyer celebrates as Amber Heard mentions 'Kate Moss and staircase' in court

Heard had earlier mentioned Moss and the staircase incident during the UK libel case.

"I remembered information I had heard (that) he pushed a former girlfriend — I believe it was Kate Moss — down the stairs," Heard had said in court in the UK back in 2020.

"I had heard this rumour from two people and it was fresh in my mind."

Moss and Depp dated for four years and were briefly engaged before break up in 1997.

In September 1994, Depp was arrested and charged with criminal mischief at New York's Mark Hotel for allegedly trashing his hotel room.

Police reported they found Depp "in a state of possible intoxication" and Moss uninjured.