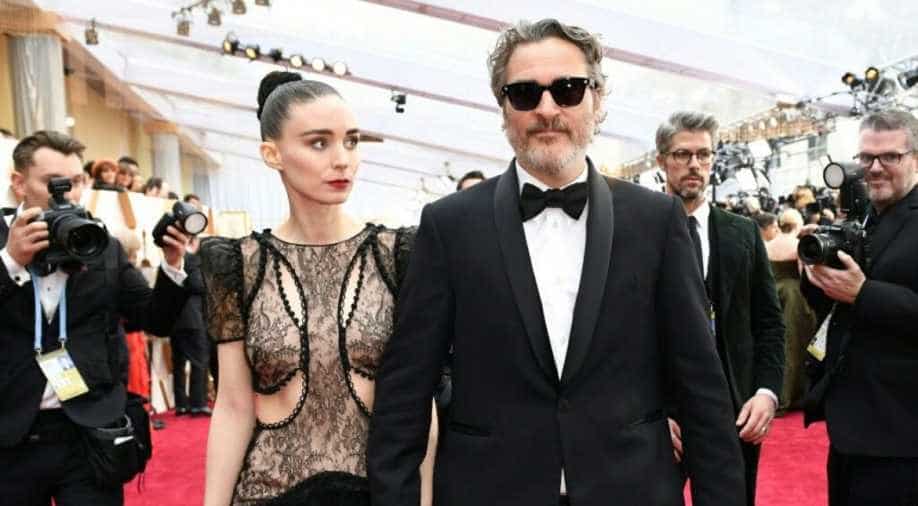 Joaquin Phoenix and Rooney Mara have appeared together in films such as 'Her', 'Mary Magdalene', and Gus 'Don’t Worry, He Won’t Get Far on Foot'.

The engaged couple will star alongside each other after welcoming their first child together -a boy, and nearly a decade after meeting on the set of Spike Jonze's 2012 film 'Her'.

Lynne revealed the news in a new interview, during the Valencia International Film Festival, where she was presented with the Luna de Valencia Award.

During an interview with El Espanol, ''He's crazy, but he's the best actor I've ever met. Everything he does on the set has a reason,'' Ramsay said in an interview.

“It’s much more difficult when you come up with an original idea like this, but it’s impossible not to get excited when you’re preparing a movie with Joaquin.”

The plot details and what role Phoenix and Mara will play in the film are still under wraps.

Ramsay and Phoenix first worked together in the 2017 thriller 'You Were Never Really Here'. Ramsay and Phoenix earned great acclaim for the movie which premiered at the 2017 Cannes Film Festival and won 'Joker' actor the Best Actor prize. Ramsay was also awarded the Best Screenplay prize at Cannes. The movie proved to be a career-changing project for Ramsay.

Nick Cannon is expecting a baby boy with model Alyssa Scott, his 4th child in less than a year

Phoenix and Mara have appeared together in films such as 'Her', 'Mary Magdalene', and 'Don’t Worry, He Won’t Get Far on Foot'.

Meanwhile, The Oscar winner actor will next be seen in writer-director Mike Mills' 'C'Mon C'Mon', starring alongside Gaby Hoffman and Jaboukie Young-White and Mara is the part of Guillermo del Toro's 'Nightmare Alley'.

No way! Simon Cowell cancels 'The X Factor' after 17 years