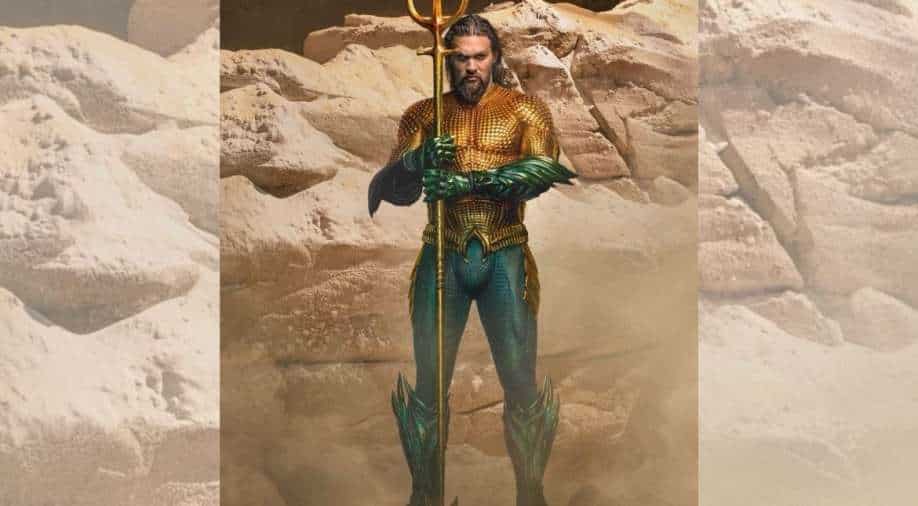 Jason Momoa was shooting for the second instalment of the 2018 movie, ‘Aquaman and the Lost Kingdom', in the UK.

Hollywood actor Jason Momoa has tested positive for COVD-19 while shooting for the second instalment of the 2018 movie, ‘Aquaman and the Lost Kingdom', in the United Kingdom.

Momoa, 42, has been self-isolating now.

''Jason is fine luckily and is now isolating after getting a positive test. But it’s a real headache for the film’s bosses, who are now worrying about having to delay their tight filming schedule,'' a source close to the actor told The Sun.

Source continued, ''Of course the safety of everyone working on the film is the most important thing and everyone is tested regularly.''
''Everyone is wishing him a speedy recovery and they're looking forward to having him back on set," the source added.

Meanwhile, Jason recently revealed that he suffered multiple injuries on the sets of 'Aquaman 2'. "I'm getting old...I messed up my eyes. I just got something in it that kinda cut it up, and then I've gotta get surgery, I have a hernia, I've got ribs out. I`m just getting beat up," he shared.

The DC movie is being filmed at Leavesden Studios in Hertfordshire, and is slated for release in December 2022.  Indya Moore, Jani Zhao and Vincent Regan have joined the star cast of Jason Momoa-Amber Heard's 'Aquaman 2'.