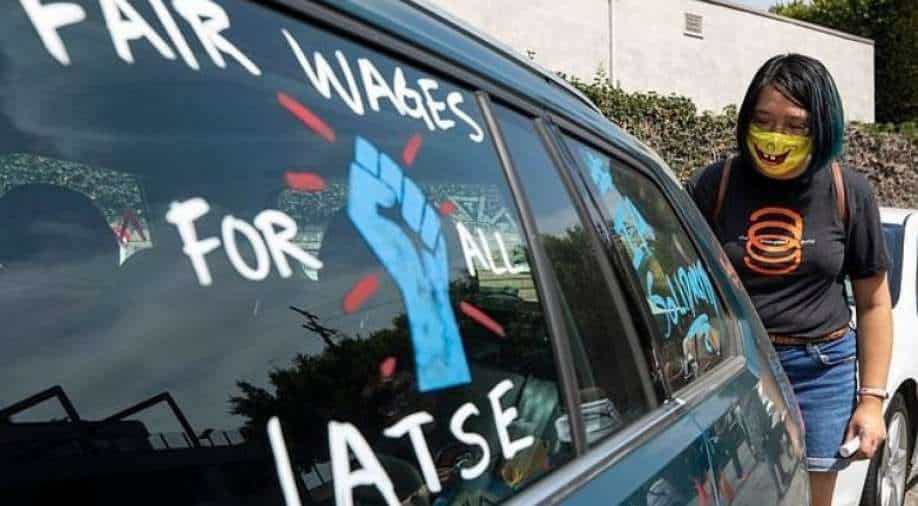 A union that represents about 60,000 behind-the-scenes workers in film and television reached a tentative deal with producers on Saturday, averting a strike that threatened to cause widespread disruption in Hollywood, negotiators said.

"This is a Hollywood ending," Matthew Loeb, president of the union, said in an emailed statement. "Our members stood firm. They`re tough and united."
Shutdowns from the COVID-19 pandemic had caused a production backlog that led to crews working up to 14 hours a day to feed programming to streaming services.

The union had threatened to strike starting Monday if it was unable to reach an agreement with the Alliance of Motion Picture and Television Producers (AMPTP).

A strike would have shut down film and television production around the United States in the biggest stoppage since the 2007-2008 strike by Hollywood screenwriters. It would have hit a wide range of media companies including Netflix Inc, Walt Disney Co and Comcast Corp.

IATSE was seeking to reduce working hours and raise the pay of members who work on shows for streaming platforms, where lower rates were set 10 years ago when online video was in its infancy.

IATSE, in its statement, said the proposed contract addresses those issues, including rest periods, meal breaks, a living wage for those on the bottom of the pay scale, and significant increases in compensation to be paid by new-media companies.

The new labour agreement is subject to approval by IATSE`s membership.