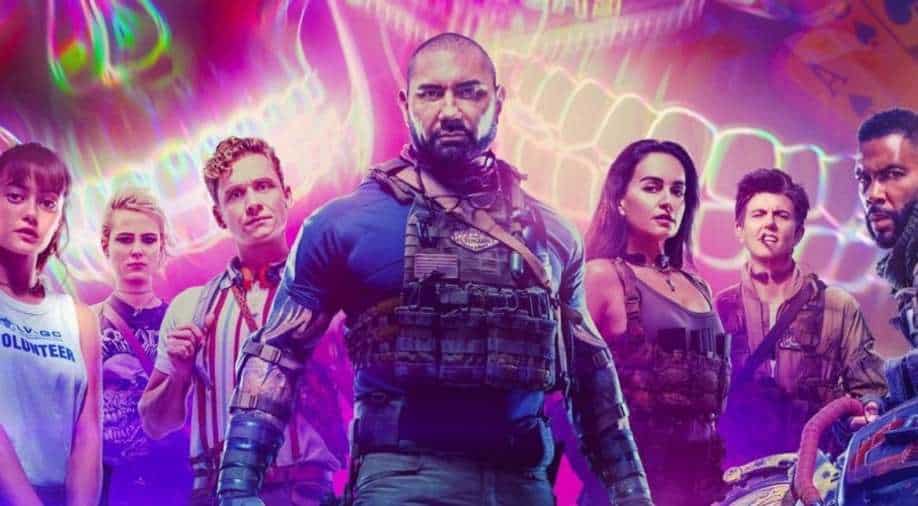 The movie is set to release on May 21

Ace filmmaker Zack Snyder teased his fans with yet another poster and this time it’s a colourful one. ‘Army of the Dead’ poster which will stream on Netflix will be Zack Snyder’s first zombie film since his directorial debut ‘Dawn of the Dead’.  Check out the posters that were revealed earlier from Army of the Dead.

The film will show the zombie genre in a new light with an original franchise for Netflix. The movie is set to release on May 21.

‘Army of the Dead’ is set in a world where Las Vegas has been cut off from the rest of the United States due to a zombie outbreak. Mercenary Scott Ward (Dave Bautista) leads a heist crew into the quarantine zone with an eye on stealing the $200 million that lies beneath a casino overrun by the undead, promising a thrilling and dangerous adventure for the group. Watch the trailer here.