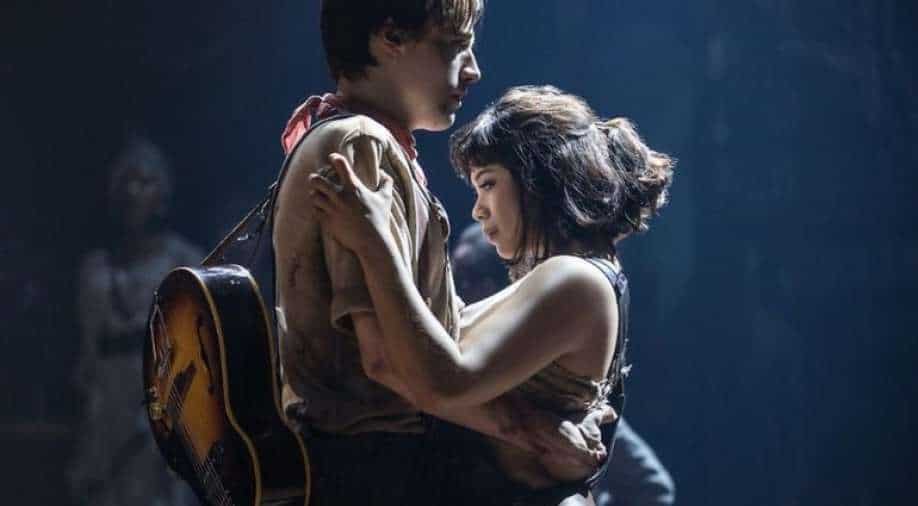 Broadway`s long-awaited reopening kicked off on Thursday with the return of Tony-winning show 'Hadestown' - the first musical to come back after an unprecedented 18-month shutdown.

'Hadestown,' which won eight Tonys in 2019 for its modern rock twist on the ancient Greek tale of lovers Orpheus and Eurydice, was the biggest show so far to take to the stage again ahead of the return of more than a dozen productions later in September.

The musical 'Waitress,' which ended its run on Broadway weeks before the coronavirus pandemic closed theatres in March 2020, returned for a limited run on Thursday with a new cast headed by singer-songwriter Sara Bareilles.

Jewelle Blackman, who plays one of the three Fates in 'Hadestown', said it felt overwhelming to be back at work. "We get to do it first and give all these audiences what they`ve been missing for so long. How thankful are we to be the first ones to be able to share our story again," Blackman said.

Thursday's performance will be followed by a street party in the heart of Manhattan`s theatre district, led by the cast and the show`s band.
"I don`t know if any of us knows exactly how we`re going to react, but I think it all comes from joy," Blackman said.

Audiences must be fully vaccinated https://www.reuters.com/world/us/broadway-theaters-require-vaccinations-masks-when-shows-reopen-2021-07-30 and wear masks for the show, while actors and all backstage crew work under strict protocols aimed at keeping the coronavirus at bay. Shows can play to 100% capacity.

In August, 'Pass Over' became the first play to open on Broadway since the long shutdown while rocker Bruce Springsteen`s one-man show 'Springsteen on Broadway' began a limited re-run in June.

Broadway's three biggest musicals - 'Hamilton', 'The Lion King' and 'Wicked' are reopening on Sept. 14 - while others are rolling out through September and October.