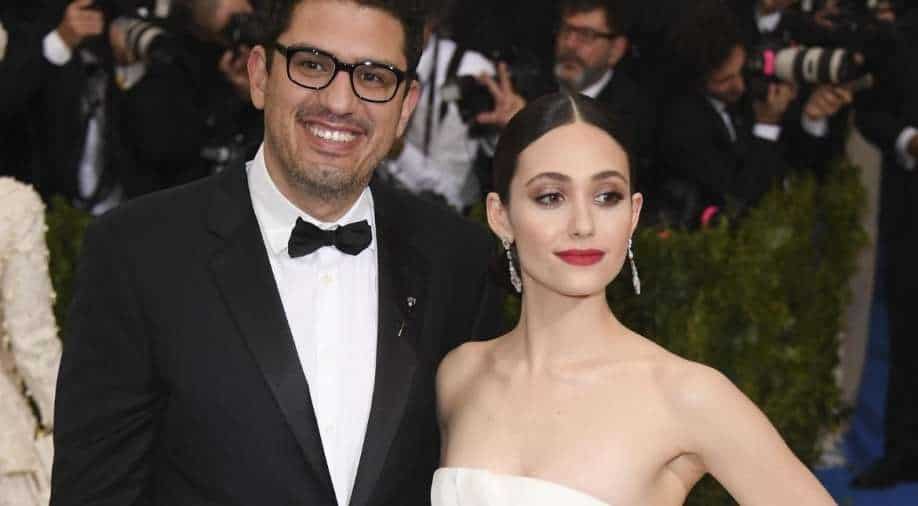 This is the couple's first child together

Hollywood couple Emmy Rossum and Sam Esmail turned parents for the first time as they welcomed a baby girl.

Making the announcement, they posted, “On a sunny Monday morning, at 8:13AM, we welcomed our daughter into the world,” alongwith several pregnancy pictures.

The pair have been married since 2017.

On her Instagram stories and in an additional Instagram post, Emmy Rossum shared more images of her pregnancy. Jennifer Lopez and Ben Affleck spotted kissing in a gym in Miami

On the work front, Emmy Rossum is next set to star in the TV series ‘Angelyne’, based on The Hollywood Reporter‘s 2017 investigative story about the Los Angeles icon and executive-produced by Sam Esmail.

Sam Esmail is set to reboot Battlestar Galactica for Peacock and has set up an adaptation of Rumaan Alam’s book ‘Leave the World Behind’, starring Julia Roberts and Denzel Washington, with Netflix. Netflix to make first-ever Russian series based on Tolstoy's Anna Karenina

Allu Arjun launches the book of his grandfather on his 100th anniversary!