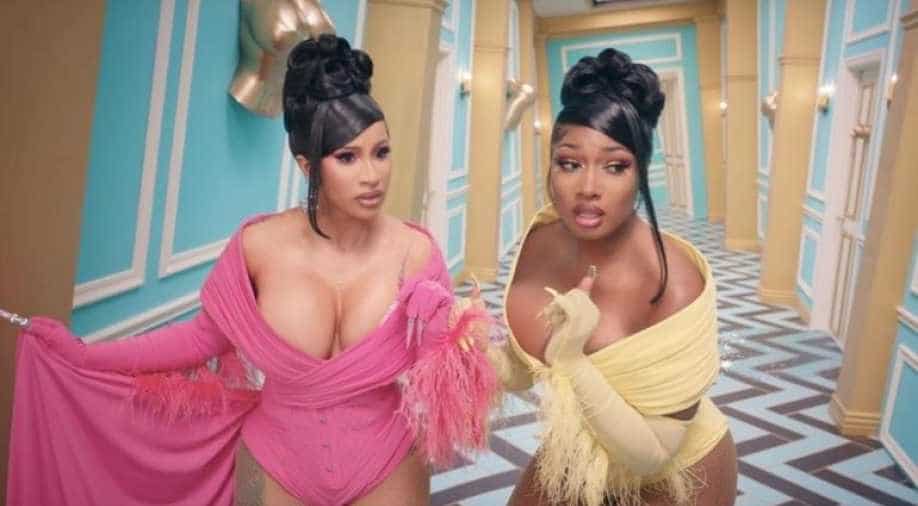 Cardi B and Megan Thee Stallion in 'WAP' Photograph:( Twitter )

Cardi B took to Instagram to address the nods and why she chose to not to submit 'WAP' for Grammys 2021 nominations.

This year Grammy nominations have given everyone serious snubs. Talking about the same Cardi responds on why she didn't forward her hit 'WAP' featuring Megan Thee Stallion for consideration.

The rapper took to Instagram to address the nods and why she chose to not to submit WAP for Grammys 2021 nominations. Grammys 2021: Check out the complete list of nominees here

"Stop playing with me. As I said, I've never pressed for a Grammy, but y’all are not gonna take away something that I know that I worked my a** off that I deserve. If I was pressed for a Grammy I would have submitted 'WAP' for this year and I didn’t submit. I didn’t want to be submitted to award shows until I put out my album because I think my album is so good and it just means something and I worked on it a lot." Cardi stated.

"I’ve been working on it for almost two years. Some songs are just so emotional to me because I did them during the quarantine. I’m not pressed for anything, but you're not gonna keep doing this s**t constantly because y’all are upset. Y’all cannot take my success." The 28-year-old rapper shared.

BTS creates history at Grammys, earns first ever nomination for a K-Pop band

While this year Cardi hasn't been nominated for the award, her 'WAP' collaborator Megan has been nominated at Grammys 2021 for Record of the Year, Best Rap Song and Best Rap Performance.

This year Grammy nominations surprised everyone with some notable snubs, where The Weeknd who has been an award winner of the pandemic season, perhaps didn't even get a single mention on nods list. Check out the more snubs at 2021 Grammys here