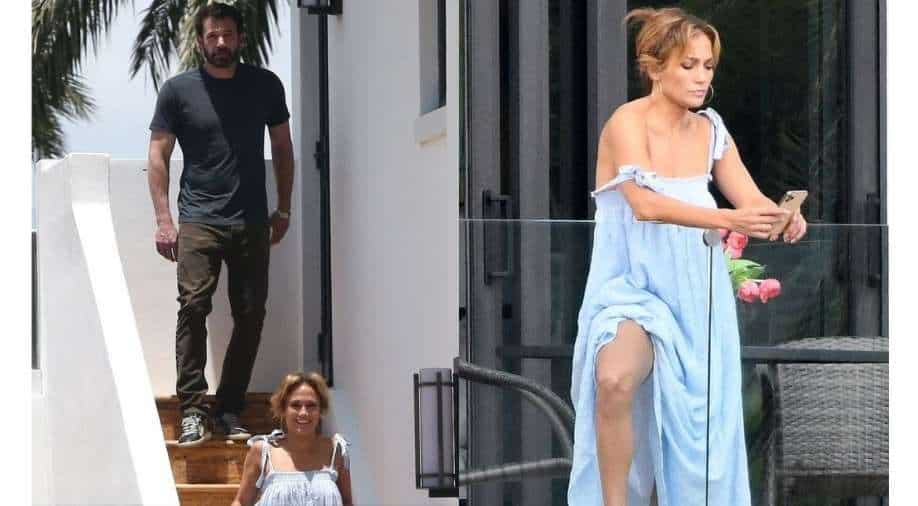 17 years on, as the two seemed to be rekindling their romance, Ben Affleck is ensuring that JLo knows he never really forgot her.

Ben Affleck and Jennifer Lopez were engaged and about to be married back in 2004. The couple had called it quits days before their wedding but it seems Affleck kept some of the stuff that Lopez had gifted to him.

17 years on, as the two seemed to be rekindling their romance, Affleck is ensuring that JLo knows he never really forgot her. As the two were clicked by the paparazzi recently soaking the sun at Miami, fans noticed that he was wearing a watch that JLo had gifted him back in 2002.

The actor was first spotted wearing the watch in the 'Jenny From the Block' music video. It features a thick silver chain and a thin face.
Lopez and Affleck were engaged in 2002 but broke up 2004. The two even co-starred in two films together- 'Jersey Girl' and 'Gigli'.

This is not the first time they were pictured together following Jennifer Lopez’s breakup with Alex Rodriguez after he was caught in a cheating scandal. JLo and Ben Affleck were seen together weeks after the failed engagement news came out. Here's how Matt Damon reacted to Ben Affleck, Jennifer Lopez's romance rumours

Currently, the two seem to be taking everything slow. They are just happy together as claimed by their close friends. A source was cited in a report, “Jennifer is doing well. She seems very happy and excited about her future.”

The two have so far not confirmed their relationship in the press.