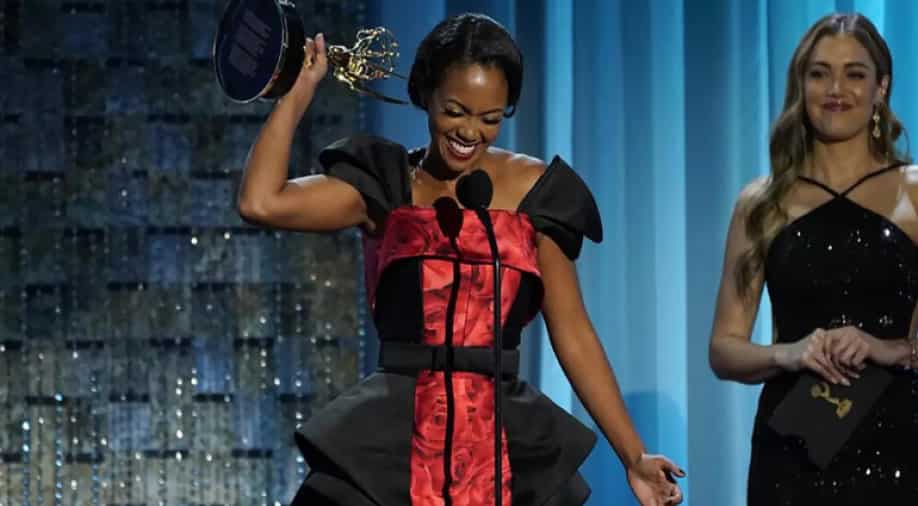 The 49th annual Daytime Emmy Awards were held at the Pasadena Civic Auditorium in California.

Mishael Morgan has just made history at Daytime Emmys 2022. Morgan, 35 took home her first Emmy award for his outstanding performance in the Daytime Drama Actress category at the annual event.

He won the award for her show 'The Young and the Restless star', she also become the first Black actress to win a prestigious award in the acting category.

In the show, Morgan plays the role of Amanda Sinclair.

Happy Morgan was on cloud nine after she won the award. After a long-standing ovation, Morgan said, as per People, "I was born on a tiny island in the Caribbean, and I'm now standing on an international stage and I am being honored regardless of the color of my skin, regardless of my passport, for being the best at what I do," she began. "Now there are little girls around the world and no matter what the industry, the vocation … they can strive to be the best."

She was nominated alongside Marci Miller and Arianne Zucker from Days of Our Lives, and Cynthia Watros and Laura Wright from General Hospital.

The 49th annual Daytime Emmy Awards were held at the Pasadena Civic Auditorium in California. Out of many, 'General Hospital' emerged as the big winner. It bagged five awards including daytime drama, supporting actor, supporting actress, young performer and direction.

'The Kelly Clarkson Show' also won several awards at the ceremony on Friday. Check out the full winner's list here: