Days after the cast of 'Friends' first teased fans with the teaser of the reunion episode, the trailer was unveiled on Wednesday and it just fills your heart with nostalgia.

It is finally here! Days after the cast of 'Friends' first teased fans with the teaser of the reunion episode, the trailer was unveiled on Wednesday and it just fills your heart with nostalgia.

The six cast members- Jennifer Aniston, David Schwimmer, Mat LeBlanc, Courtney Cox, Matthew Perry and Lisa Kudrow- reunite for the first time since the series ended in 2004 and relive the show. The trailer shows them taking up a fun quiz related to the show, reminiscing about their time on the sets and even getting teary eyed in certain moments.

The reunion episode will premiere on HBO Max on May 27 and it will have the cast chatting up in an unscripted show with host James Corden. Other supporting cast members of the show as well stars like Lady Gaga, Justin Bieber and BTS too will be appearing on the special episode.

The cast also table read a few of the popular episodes with Kudrow screaming out again 'My Eyes! My Eyes!' 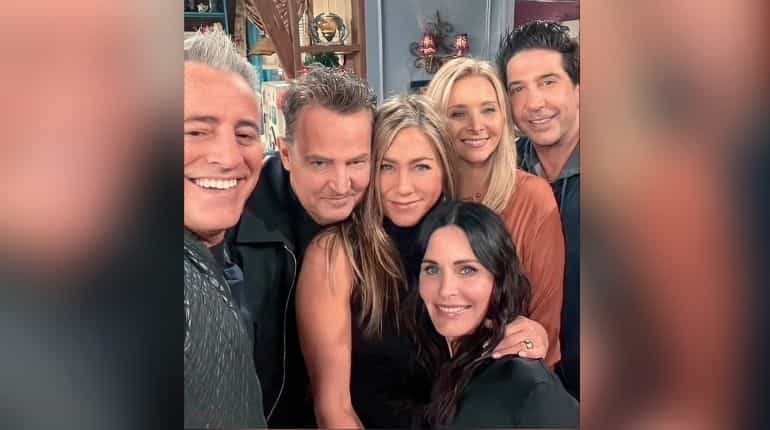 The cast shot the reunion episode on Stage 24 of the Warner Bros studios where the original series was shot and re visit the Monica and Rachel's apartment, Joey's and Chandler's home and Central Perk.

'Friends' ran from 1994 to 2004 and is still considered one of the most iconic shows of the 1990s. It got a fresh lease on OTT in recent years and became one of the most watched shows on streaming platforms.

Exclusive! Joe Jonas: 'My grandfather was in the military so 'Devotion' kinda hits home'