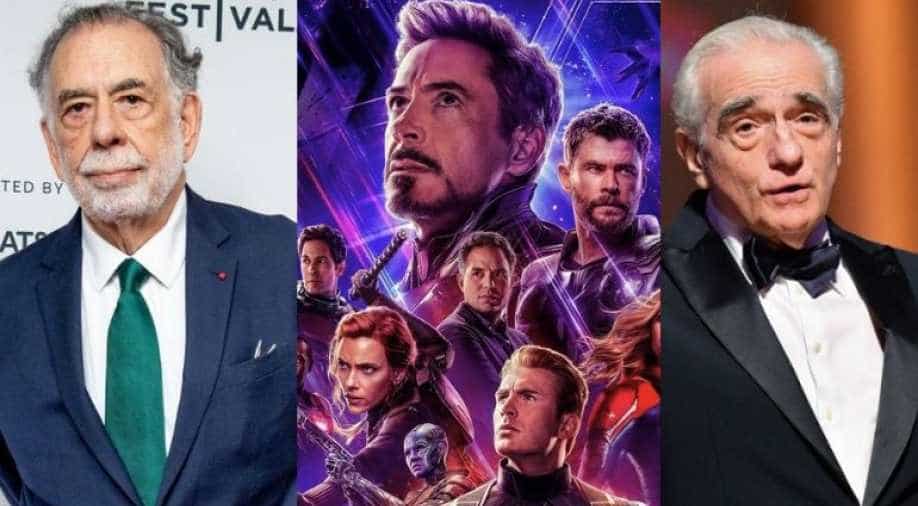 Coppola`s statement comes days after Scorsese said that Marvel films are "not cinema" and likened them to "theme parks".

Backing filmmaker Martin Scorsese`s remarks on Marvel superhero films, `The Godfather` director Francis Ford Coppola said that the former is "right" in comparing these films to a "theme park".

Coppola`s statement comes days after Scorsese said that Marvel films are "not cinema" and likened them to "theme parks". Agreeing with the director`s comments, Coppola said to a magazine, "When Martin Scorsese says that the Marvel pictures are not cinema, he`s right.".

Citing a reason for their shared thoughts on Marvel films, he added, "because we expect to learn something from cinema, we expect to gain something, some enlightenment, some knowledge, some inspiration."

"I don`t know that anyone gets anything out of seeing the same movie over and over again. Martin was kind when he said it`s not cinema. He didn`t say it`s despicable, which I just say it is," Coppola continued.

Scorsese`s remarks drew huge outrage from the Hollywood industry and Marvel film actors including Karen Gillan, Kevin Smith among others. There were others like actress Jennifer Aniston who agreed with the legendary filmmaker.

A week after, Scorsese again slammed the superhero flicks and called on theatres to show more "narrative films," reported The Hollywood Reporter.

Speaking at a press conference last week alongside Robert De Niro and Al Pacino ahead of `The Irishman`s` closing-night screening at the BFI London Film Festival, the director said, "It`s not cinema, it`s something else. We shouldn`t be invaded by it. We need cinemas to step up and show films that are narrative films," he had said.