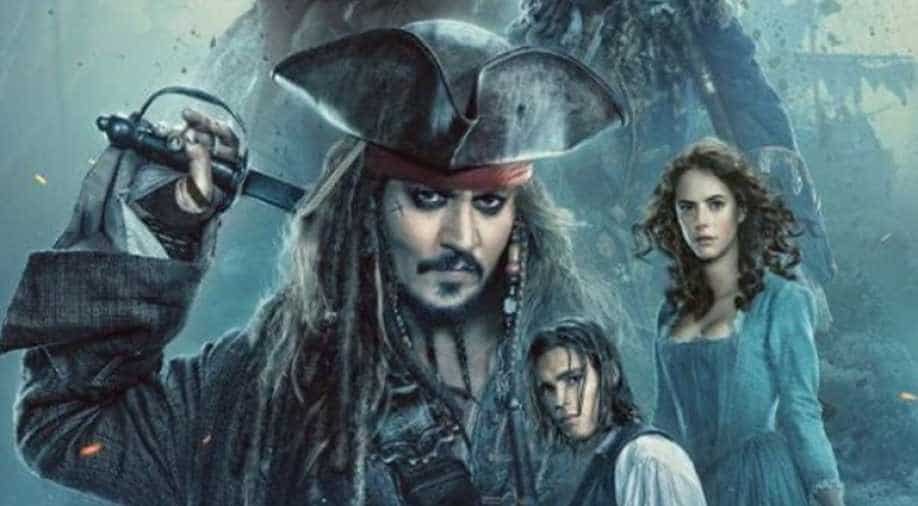 Poster of ' Pirates of the Caribbean: Dead Men Tell No Tales' Photograph:( Others )

Johnny Depp made a slew of shocking revelations against his ex-wife Amber Heard and stated that he's never struck her or any other woman in his entire lifetime.

Johnny Depp's $50 million defamation against his ex-wife Amber Heard has become the talk of the world. The case, which began on April 11 in Fairfax, Virginia, has made the major headlines in the recent month with the shocking revelations that are coming out as the case continues.

During the recent defamation case hearings, Johnny made a slew of shocking revelations against his ex-wife and stated that he's never struck her or any other woman in his entire lifetime.

Doing drugs in flight to sexual assault: Bombshell revelations made by Amber Heard in court

In recent years, Depp's faced a major backlash as a result he lost many big projects of his career like 'Fantastic Beasts' and his most loved movie series 'Pirates of the Caribbean'.

But, as the defamation case in Virginia started, the case saw a major turn as the fans and netizens took Depp's side after he made a bizarre and shocking revelation about her ex-wife Amber. As we all know that the actor will not be returning for the sixth movie of the pirates', his die-hard fans have started signing an old petition with a demand that they want the star back in the franchise.

The Change.org petition reading ''we want him back'' has a goal of 500,000 signatures and has recieved an immense response from the fans amid the defamation case. So far, the petition has reached 435,000 signatures.

''Johnny Depp has been a phenomenal actor throughout his career. Depp was removed from the movie Pirates of the Caribbean by Walt Disney’s Company. This unfortunately is due to his ex-wife Amber Heard lying and stating that Depp beat her. It has been proven that he did not hit her, yet, that she beat on him repeatedly. She hit him with pots and pans 24/7 as if that was okay. This may come as a joke to some, but abuse towards a man or woman is not to be taken lightly. Now that this has come to light, Johnny Depp still has not been redeemed of this false news,'' the petition reads on the site.

The petition further reads, ''Johnny Depp deserves his life back the way it was before Amber Heard came along because no actor or actress could ever say this man is not an amazing actor. If you were falsely accused of something you did not do, then there’s proof you didn’t do it and you still were treated like a bad person, wouldn’t you want Justice??''

Recently, fans started speaking out against Amber Heard and started a petition demanding makers to remove Amber from her upcoming superhero movie 'Aquaman 2'