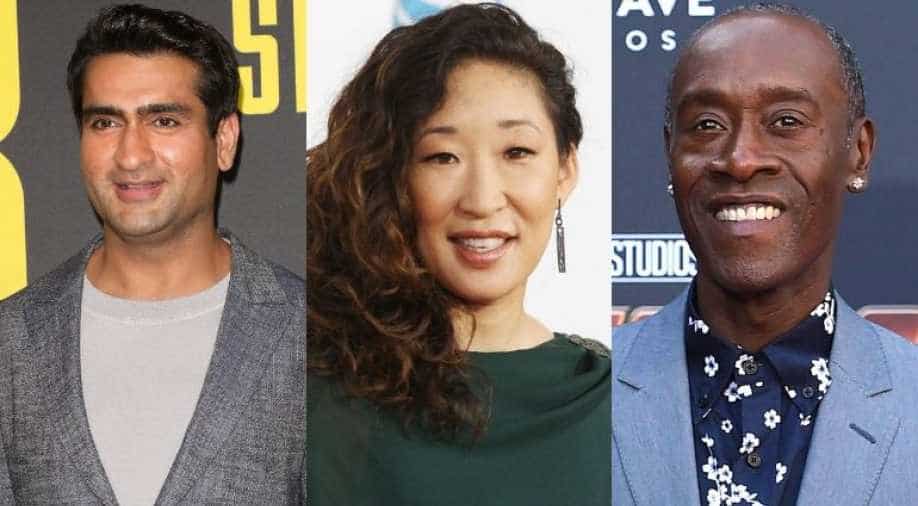 This year, there were only 24 acting nominations for people of colour.

As diversity and inclusion are continuing to be the hot button topics in Hollywood, this year`s Emmy nominations showed that there hasn`t been enough change.

This year, there were only 24 acting nominations for people of colour. In addition, two reality show hosts of colour were nominated which brought the total to 26. This is a major decline from last year`s record of 38 and even less than 2017 which counted 27 diverse nominees. Here's the full list of nominees.

Ava DuVernay`s `When They See Us` came in with the most nods for people of colour including a first-time nomination for Lead Actor in a Limited Series or Movie for Jharrel Jerome`s stunning turn as the real-life Korey Wise in the Netflix show.

Other well deserved nods from the series included Niecy Nash and Aunjanue Ellis for Lead Actress Limited Series or Movie as well as Marsha Stephanie Blake for Supporting Actress. Other first-time nominees of colour include Billy Porter for his role in the groundbreaking FX drama `Pose`.

Kumail Nanjiani has also been nominated for his role in CBS All Access` `The Twilight Zone` as well as Benicio del Toro for `Escape` from Dannemora. Mahershala Ali received a nomination for his role in the third installment of `True Detective`, which marks his second Emmy nod. He was previously nominated for `House of Cards`.

Sandra Oh was nominated in two categories including Lead Actor in a Drama for her role in `Killing Eve` as well as Guest Actor in a Comedy Series for her hosting gig on `Saturday Night Live`.

On the reality show hosting front, RuPaul Charles was nominated for `RuPaul`s Drag Race` as well as Marie Kondo for `Tidying Up With Marie Kondo`, marking her first-ever nomination.For LGBTQ representation, there were nominations in the acting and hosting categories.

In addition to Porter, Cox, and Charles, Ben Whishaw was nominated for `A Very English Scandal` while SNL`s Kate McKinnon nabbed another nod and Ellen Degeneres received a nomination for hosting Ellen`s `Game of Games`.

The 2019 Emmys will air live on Fox on September 22 at 8 p.m. ET from the Microsoft Theatre in Los Angeles.