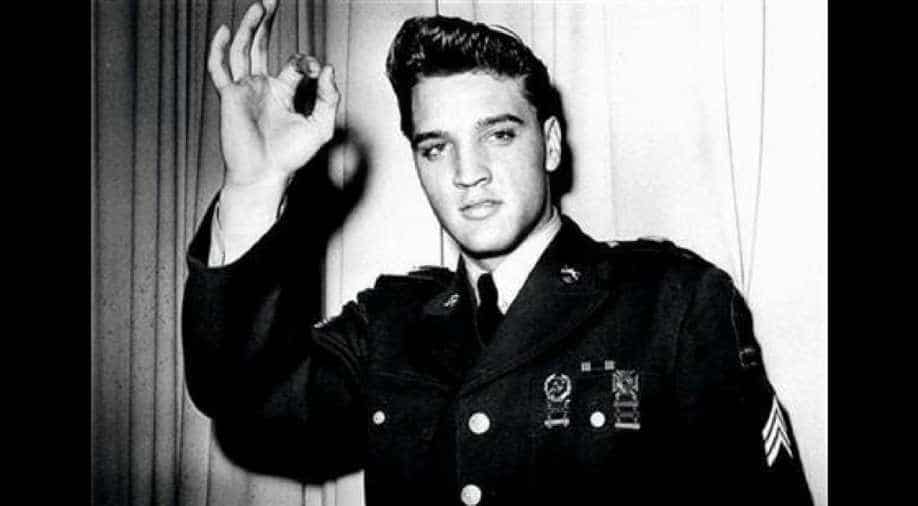 A gold and diamond 'TCB' ring worn by Elvis Presley is expected to fetch more than $500,000 at a memorabilia auction in Los Angeles that ranges from rock guitars to a set of master tapes from the Woodstock festival.

The Elvis Presley ring is described as the first in a series of rings with the TCB (Taking Care of Business) letters and lightning bolt motif that the singer adopted as his mantra in 1969 when he returned to performing concerts after focusing on movies.

"It`s the quintessential Elvis jewellery piece," said Brigitte Kruse, founder of GWS Auctions. Kruse said she thought the ring could fetch anything between $500,000 and $1 million at the 300-item auction on Nov. 28.
Presley gave the ring, made up of multiple diamonds that weigh a total of 9.81 carats and which he designed himself, to his opening band singer J.D. Sumner in 1975.

The most expensive lot could be a collection of master tapes from the 1969 Woodstock festival that sat in a producer`s storage locker for more than 10 years and have never been available for sale before.

The 700 plus hours of tapes, independently valued at $1.6 million, include performances by Jimi Hendrix, Janis Joplin, The Who and dozens of more artists who took part in what is seen as a cornerstone of hippie culture.

Kruse said it was difficult to estimate how much the Woodstock tapes might sell for. "There`s just nothing to compare it to," she said. "Every now and then we bump into those pieces that are truly exceptional and things you wouldn`t even think still existed."