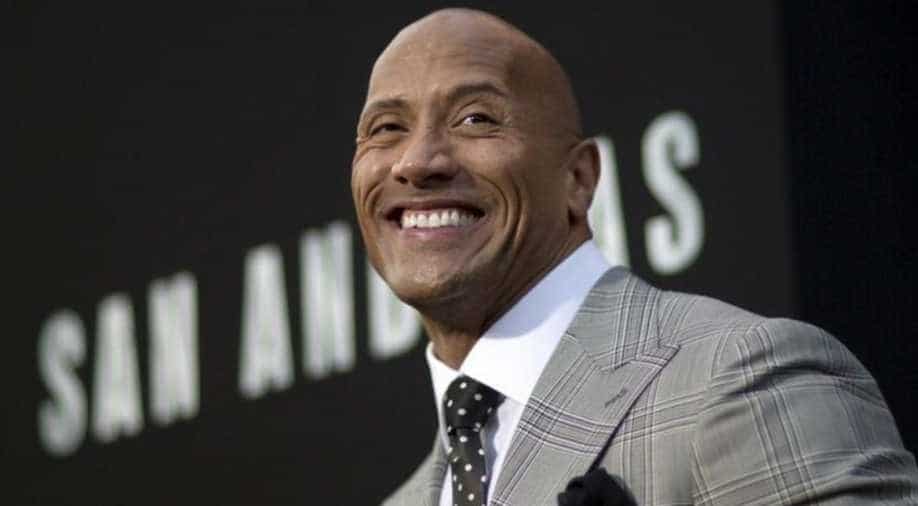 Johnson's next film is the Sony sequel 'Jumanji: The Next Level' which will premiere next month.

Dwayne Johnson popularly known as 'The Rock' is all set to develop a film on mixed martial arts fighter Mark Kerr named 'The Smashing Machine'. Johnson will produce and star as the lead actor in the film.

Garcia and Seven Bucks, president of production house Hiram Garcia will be the producers of the film. Johnson unveiled the project in New York following a press conference hosted by Ultimate Fighting Championship at the Theater at Madison Square Garden. The press conference was being held ahead of this weekend's UFC 244 event, reported by the news agency.

"I was drawn to this because he has such a compelling story," Johnson said, adding that he watched the 2002 documentary 'The Smashing Machine: The Life and Times of Extreme Fighter Mark Kerr' many times.

"Yes, he achieved so much in his life, but like all of us, like all of these fighters, he battled these demons". Johnson said that the martial arts fighter will also be involved in the project. He told the crowd in the theatre that he wanted to break the news there because he "wanted to start with the MMA community, the UFC fans, I wanted to start with you guys first".

Meanwhile, Johnson's next film is the Sony sequel 'Jumanji: The Next Level' which will premiere next month. He will also star in Disney's 'Jungle Cruise' which will hit the theatres in July 2020. Watch Jungle Cruise' trailer here