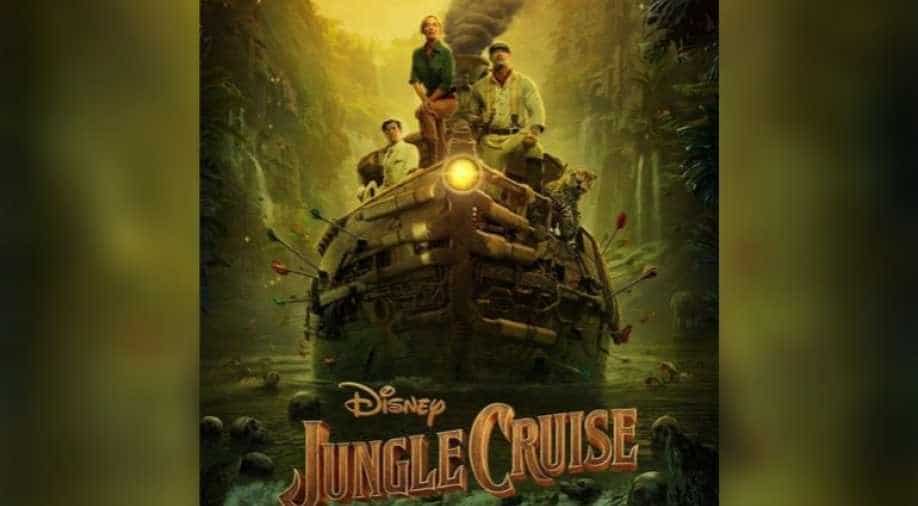 Dwayne Johnson and Emily Blunt are sure to take you on a wild jungle ride as the trailer of their upcoming Disney film 'Jungle Cruise' dropped on Friday.

Going by the trailer, the story centres around a brother (Jack Whitehall) and sister (Blunt) duo, who hire a boat captain (Johnson) to row them down the Amazon River as they are in pursuit of a tree believed to have healing powers.

Johnson promises his boat ride to be the cheapest yet the most thrilling for he is to take them through places infested with aggressive jungle natives.

What adds a twist to their journey is a competing German expedition. Set in the early 20s and shot in some exotic locations, it is to be seen if Blunt, her brother, and Johnson make it to the magical tree or not.

'Jungle Cruise' is set to hit big screens on July 24 next year.