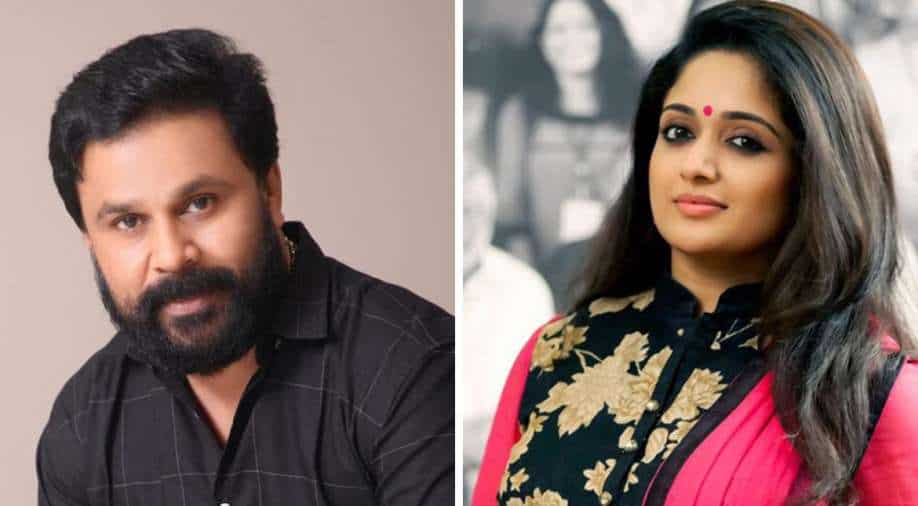 Kavya's husband Dileep is the prime accused in the case and has already served jail time for several weeks before he was released on bail.

South Indian actor Dileep's wife Kavya Madhavan was questioned by the Kerala police on Monday in connection with the 2017 abduction case of a prominent actress. Her husband Dileep is the prime accused in the case and has already served jail time for several weeks before he was released on bail.

SP Mohanachandran and Dy SP Baiju Paulose of Kerala Police were present to take Kavya`s statement. The questioning reportedly went on for 4 hours.

Incidentally, Paulose was the one who led the 2017 actress abduction case probe, while Mohanachandran is at present leading the case in which Dileep is an accused and out on bail after his former friend and director Balachandrakumar came out in the open and claimed that Dileep had said that he would eliminate police officials who had investigated the case.

Though the probe team had served a notice to her to appear before them, she contested that since she is only a witness in the 2017 case, it should take place at a place which she wishes.

Even though she agreed to present herself before the probe team at her house, it was shot down by the probe team, last month. Eventually, the team did speak to her at her home near Kochi, the capital of the south Indian state of Kerela.

Earlier, the probe team had recovered a few audio clips that allegedly contain references to Kavya. The police also questioned her if she had any previous links with Pulsar Sunil, one of the prime accused in the case.

A leading south Indian actress had complained that she had been abducted and sexually assaulted by a gang of goons in 2017 and filmed the assault to blackmail her.

After the main accused Sunil was arrested and questioned, Dileep was accused of being the main conspirator in the case and arrested.

According to the prosecution, Dileep, who is presently out on bail after spending two months in jail, had also seen the visuals of the attack on the actress.

Kavya is Dileep's second wife, whom he married after divorcing his first wife - another prominent actress Manju Warrier - who has since returned to films post her divorce. Meanwhile, a former actress, Kavya has now retired from films after marrying Dileep.

The probe team had earlier taken a statement from Warrier too.