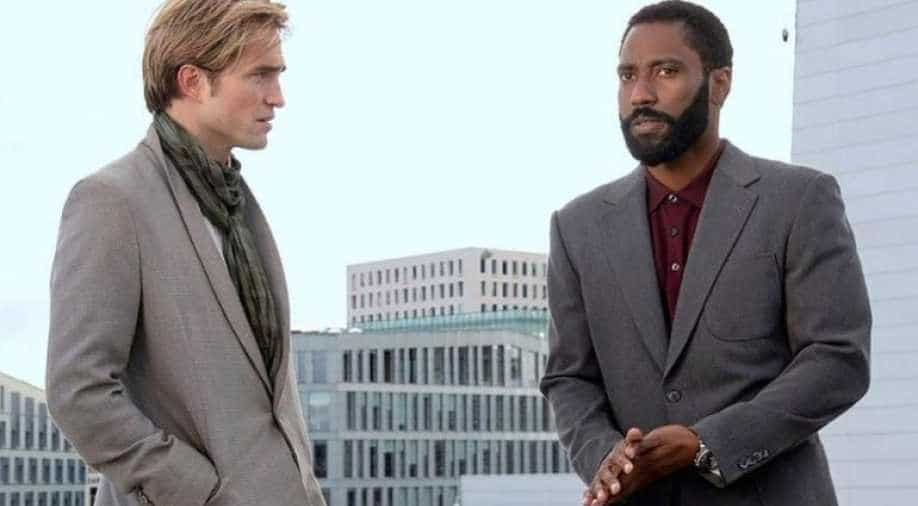 Chinese cinemas reopened in regions at low risk for COVID-19 on July 20, taking in $ 12.6 million in their opening weekend.

'Tenet' announced Wednesday that it has passed government approvals for a theatrical release in China, an indication that an official release date is now on the horizon.

According to a news agency, the film has released a poster in Chinese, swapping the English tagline "time runs out" for a clarion call to return to cinemas that roughly translates to "make every second count; invade the theatres."

Chinese cinemas reopened in regions at low risk for COVID-19 on July 20, taking in $ 12.6 million in their opening weekend. Currently, around 44 per cent of its cinemas are back in business but have been required to operate at just 30 per cent capacity to allow for social distancing, as well as reduce their total number of screenings to half their usual tally.

The guidelines for reopening released by the National Film Bureau request that cinemas, not screen films that are over two hours long - which could potentially pose problems for 'Tenet', which runs at two hours and 31 minutes.This directive was soon contradicted, however, by Chinese authorities subsequent approval of numerous films longer than two hours for nationwide theatrical release.

These include 'Harry Potter and the Sorcerer's Stone' and Nolan's own 'Interstellar' - currently scheduled for a theatrical re-run starting August 2, as well as local blockbusters already in play like 'Operation Red Sea'.

'Tenet' had to reschedule its release numerous times due to COVID-19 before Warner Brothers this week settled on the unconventional plan of debuting it internationally before it hits North America. It is now prepared to open in around 70 countries abroad starting on Aug. 26, including the U.K., Australia, Canada, France, Germany, Italy, Japan, Korea and Russia.

It will then premiere in select U.S. cities over Labor Day weekend from September 3.China is far and away the most important foreign market for 'Tenet' director Christopher Nolan's films.The Chinese box office for almost every film he's made as either director or executive producer has blown away earnings from other territories by a large margin.

The only exceptions are 'Dunkirk' and 'The Dark Knight Rises', for which China was the second largest market globally behind the U.K., and 'Batman Begins', which hit the Middle Kingdom all the way back in 2005, when its box office was still comparatively nascent of the Nolan-directed films like 'Dunkirk' made $ 51 million in China in 2017, while 'Interstellar' grossed $ 122 million there in 2014.