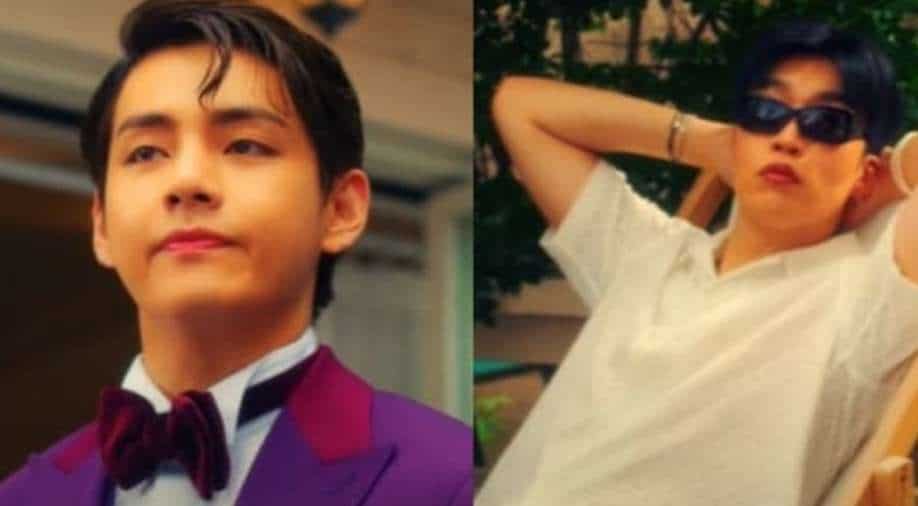 If you haven't seen the latest video called 'Gyopo Hairstyle' featuring BTS singer V then this should be on the top of your list! Featuring in a hilarious cameo role, BTS singer looks cute in the recently released Peakboy's song.

Checked out BTS singer V’s latest appearance in Peakboy’s new song ‘Gyopo Hairstyle’? If you haven’t, then you must!

The song released on Sunday and V looked extremely stylish in the new video.

The recently released track Gyopo was composed, written and sung by Peakboy. It was announced earlier this month.

The song featured actors Park Seo-joon, Choi Woo-shik and Park Hyung-sik and BTS’ V in hilarious cameos. While ‘Parasite’ star Choi Woo-shik played a photographer, Strong Girl Bong-soon actor Park Hyung-sik soon played as a customer at a food joint that Peakboy worked at. Actor Park Seo-joon then made an appearance, playing a production manager of a talk show that Peakboy appeared on as a guest. Finally, BTS singer V made an entry as a stylish server with a drink for Peakboy.

Jennifer Lopez-Ben Affleck to Gigi Hadid- Zayn Malik: Famous couples who got back together after their big breakup