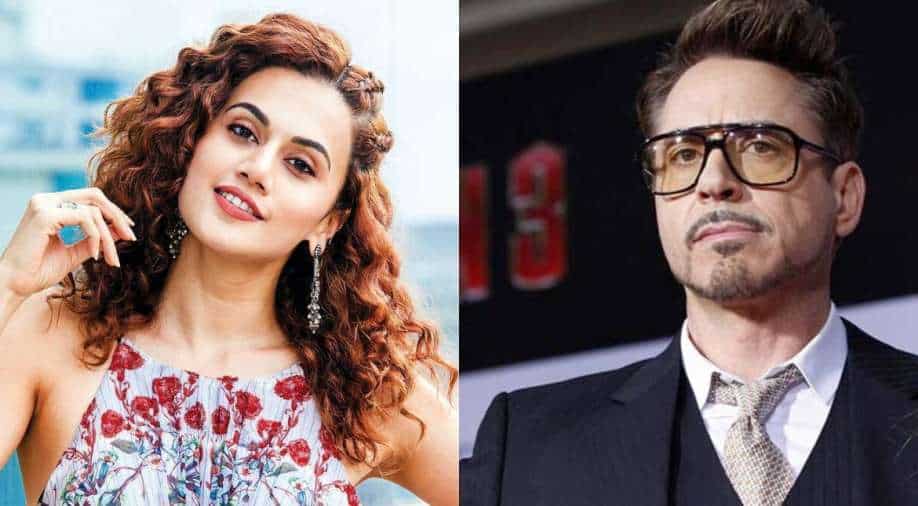 “So, I DM'd Robert Downey Jr and no one replied. I was like I have more followers than you also! (sic),” said Taapsee Pannu.

Lately, Taapsee Pannu’s been all over the internet thanks to her latest outing ‘Haseen Dillruba’ alongside Vikrant Massey and Harshvardhan Rane on Netflix. And in a promotional digital lie detector game for the film, Massey asked Taapsee if she had direct messaged (DMd) anyone who doesn’t follow her. The lady was quick to admit that she had and never heard back from that celebrity.

She revealed, “So, I DM'd Robert Downey Jr and no one replied. I was like I have more followers than you also! (sic).”

Taapsee Pannu will soon be seen in ‘Looop Lapeta’ opposite Tahir Raj Bhasin. It is the official Hindi remake of German film ‘Run Lola Run’ and it is the first time that this lead pair will be seen together on screen. Downey Jr, on the other hand, will be seen in ‘Black Widow’ on July 7 and then in ‘All-Star Wekend’ alongside Jamie Foxx.