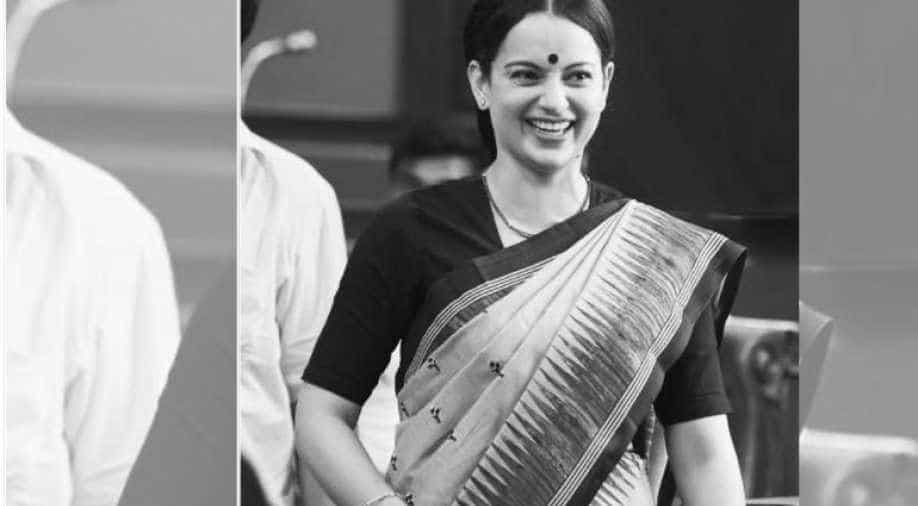 Kangana Ranaut got emotional and teared up on Tuesday at the trailer launch event of her new film  'Thalaivi'.

Kangana Ranaut got emotional and teared up on Tuesday at the trailer launch event of her new film  'Thalaivi'.

Kangana got teary-eyed while talking about her bond with director Vijay and thanked him for encouraging her.

The `Queen` star who celebrated her birthday on March 23 expressed her gratitude towards the director for believing in her as she ventured into the South Indian entertainment industry with `Thalaivi`.

The National Award winner said, "Never in my life have I met a man who has not made me feel apologetic about my talent. I`m getting emotional, I`m not usually like that, but I want to say that he is one person, who has made me feel good about my talent." Catch the trailer here

"Usually the camaraderie they show with male hero, is never shown with an actress. But as a Director, I learnt from him how to treat actors and how to show creative partnership," she added.

In an earlier social media post also, Kangana penned a heartfelt gratitude note for her director praising him at the wrap of the film.`Thalaivi` marks the `Panga` star`s first trilingual, releasing in Hindi, Tamil and Telugu simultaneously.

The film traces the journey of actor turned politician Jayalalithaa, `Thalaivi` offers insights into the varied phases of the legend`s cinematic as well as her political life.

The movie is set to release worldwide in Hindi, Tamil and Telegu by Zee Studios on 23rd April, 2021.